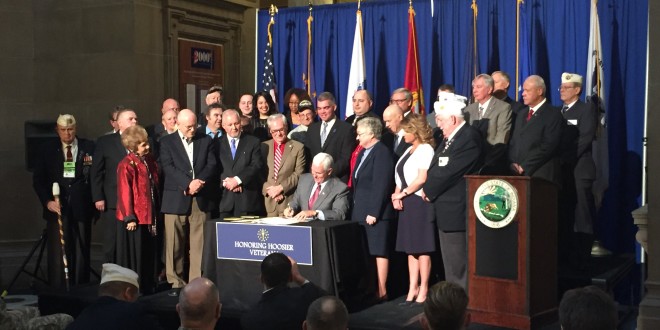 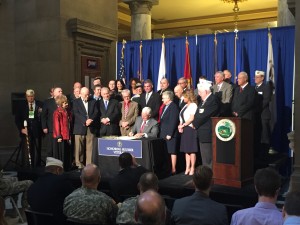 “Our Hoosier veterans have put their lives on the line to ensure our way of life,” said Governor Pence. “I sign these bills into law as a ‘thank you’ from all the people of Indiana for their service and sacrifice. Helping these men and women, who have selflessly served our state and nation, is a pillar of my administration. I’m pleased that in just a few short years, we have made Indiana even more veteran-friendly, and I thank members of the Indiana General Assembly for joining me in this endeavor.”

The Governor also signed the following bills into law regarding veteran and military matters:

The Bill Watch page will be updated accordingly: http://in.gov/gov/2016billwatch.htm.

I play on the radio from 7 am -1 pm weekdays on 98.9 FM WYRZ and WYRZ.org. Follow me on twitter @WYRZBrianScott or e-mail me at brian@wyrz.org.
Previous Early Morning Chase Ends in Arrests in Clay County
Next Coats Statement on Brussels Attacks