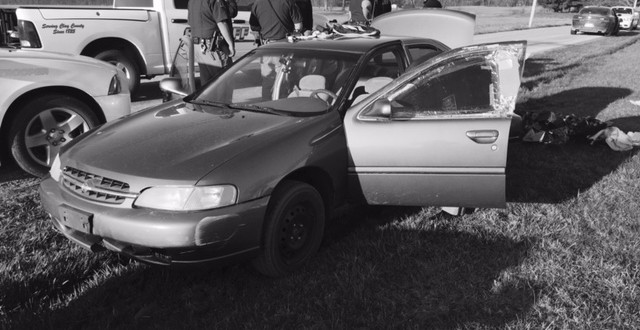 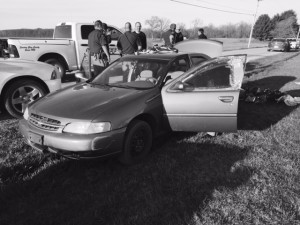 Clay County—This morning at 8:23, Indiana State Police Trooper Bill Bradbury radar clocked a 1998 Nissan Altima northbound on State Road 59 near County Road 200 S at 76 miles-per-hour in a 55mph zone. As Trooper Bradbury activated his emergency lights and siren to stop the vehicle, the male driver refused to stop and continued northbound on SR 59. The suspect traveled across various county roads at speeds between 50mph and 70mph and disregarded five stop signs. Near county roads 900N and 200E, a Clay County Sheriff’s deputy was able to force the Nissan off the road. The occupants were immediately taken into custody at 8:40a.m. by ISP and Clay County Sheriff’s Office.

Assisting were various ISP troopers, deputies from the Clay County Sheriff’s Office, and officers from the Brazil Police Department.