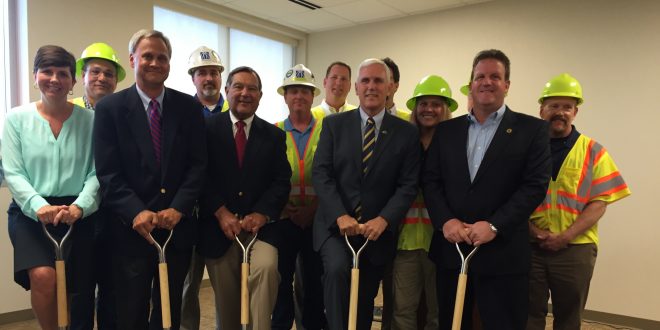 “Here in the Crossroads of America, we know that roads mean jobs,” said Governor Pence. “Along this section of I-69, we’ve seen tremendous economic development and it is vital that we modernize this portion of the highway to ensure continued economic growth. My administration has invested nearly $3 billion in roads and bridges across Indiana since I became governor, and I firmly believe that by continuing to invest in infrastructure, we can make Indiana the best place in America to start a business, grow a business and create jobs.”

The project, as part of the Governor’s Major Moves 2020 program, will widen 15 miles of Interstate 69 from State Road 37 in Fishers to State Road 38 in Pendleton. Also, the project will reconfigure I-69 Exit 210 at Campus/Southeastern Parkway into a double-crossover diamond.

Most highway maintenance activities and construction projects will halt work and pull back barriers and barricades to the safest extent possible for holiday weekend travel. Following Independence Day, Milestone Contractors will shift traffic to begin widening I-69 and build new ramps at Exit 210.

Governor’s Pence’s Major Moves 2020 program is widening and rehabilitating more than 40 miles of I-65 and I-69 in Indiana. This includes:

Four design-build teams are currently developing proposals to widen and modernize as much of I-65 as the $70 million project budget allows.

I play on the radio from 7 am -1 pm weekdays on 98.9 FM WYRZ and WYRZ.org. Follow me on twitter @WYRZBrianScott or e-mail me at brian@wyrz.org.
Previous Rep. Rokita and Conference-Backed Medicaid Block Grants in Task Force Report
Next Donnelly Hosts Defense Secretary Carter for Historic Visit to NSA Crane