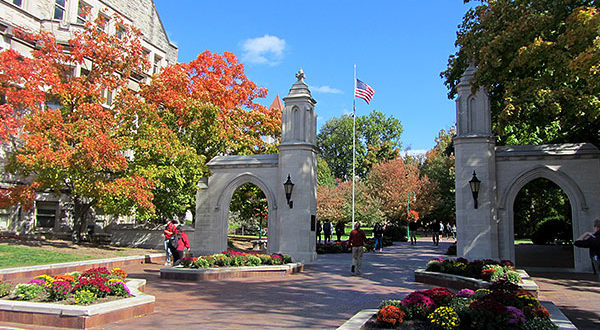 “Quinn Buckner is a business leader, philanthropist, Olympian and Hoosier basketball legend,” said Governor Pence. “He epitomizes the Hoosier spirit and tradition that are synonymous with Indiana University and will do a tremendous job for IU.”

“For more than 30 years, Melanie Walker (Hart) has built a global business headquartered right here in Indiana, attracting top talent and investment,” said Governor Pence. “As she has given back to her community and state, she will continue to build a world-class higher education system at one of our state’s finest universities as trustee.”

Melanie S. Walker (Hart) (Monroe County), is appointed to serve a three-year term through June 30, 2019.  Melanie Walker (Hart) currently serves as chief executive officer of Japan-based Tsuchiya Group North America and as the president of its five subsidiary companies, which together employ more than 500 associates. This includes TASUS Corporation in Bloomington, which was established in 1989 as the company’s first operation in North America and manufactures plastic interior and exterior automotive parts. Walker (Hart) has more than 30 years of global industry management experience, having held previous positions with Schlegel Corporation and Mobil Oil and Chemical, and is an active member of both the Bloomington community and the state. She was named president of the Japan American Society of Indiana and is a board member of the State of Indiana Workforce Innovation Council, Indiana Economic Development Corporation, Indiana Chamber of Commerce, Indiana University Credit Union, and on the board of directors of Susie’s Place Child Advocacy Center. Walker (Hart) earned a bachelor’s degree in industrial and labor relations from Cornell University.

I play on the radio from 7 am -1 pm weekdays on 98.9 FM WYRZ and WYRZ.org. Follow me on twitter @WYRZBrianScott or e-mail me at brian@wyrz.org.
Previous Hendricks County Community Foundation Grants to Meals on Wheels of Hendricks County for 20th Anniversary Celebration
Next DSI Golf Classic raises $17,000 for children with disabilities