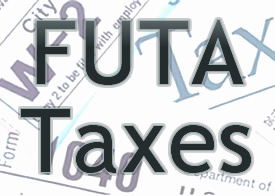 Indianapolis – Governor Mike Pence today announced that the Department of Workforce Development (DWD) has completed the full payoff of the unemployment insurance loan, saving Hoosier businesses $327 million in taxes, which equates to $126 per employee in the state. This payoff removes the Federal Unemployment Tax Act (FUTA) penalty facing employers in January 2016.

“Hoosier businesses and employees can now rest assured that this tax on hiring has been eliminated,” said Governor Pence. “Thanks to our prudent fiscal management and financial planning, we are able to save businesses a total of $327 million in 2016 – funds that can be used for hiring new employees, growing existing companies, raising wages, and more. By paying off our unemployment insurance loan, Indiana is proving once again the importance of growing and maintaining healthy state finances.”

This payoff of roughly $250 million comes after the Governor’s announcement in October that the state of Indiana would advance funds to DWD to eliminate the outstanding federal unemployment loan, and would eliminate the FUTA penalty on employers, which currently stands at 1.8 percent, the highest penalty in the country. The advance will be repaid to the State from the collections of existing state unemployment taxes. It is expected that the advance will be repaid by the end of fiscal year 2016. Once repaid, the funds used to eliminate the outstanding FUTA penalty will be available to be used for other priorities.