Earlier today, Governor Pence issued a statement in response to the shootings of 12 police officers in Dallas, Texas, which left five officers dead and others wounded.

I play on the radio from 7 am -1 pm weekdays on 98.9 FM WYRZ and WYRZ.org. Follow me on twitter @WYRZBrianScott or e-mail me at brian@wyrz.org.
Previous Troopers Mentor Two Young Men and Help them Attend Indiana State Police Camp
Next Governor Pence Meets with Law Enforcement and Civil Rights Teams 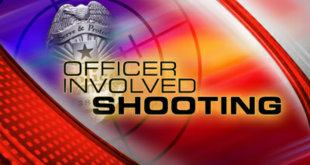 Department of Agriculture warns of harvest traffic on rural roads

(Indianapolis, IN) – The Superintendent of the Indiana State Police, Douglas G. Carter, has announced …