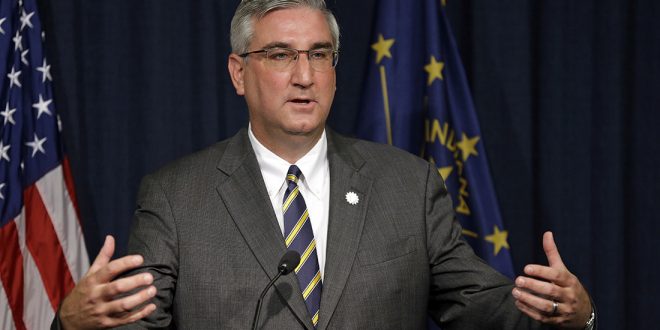 “My administration will work hard to foster relationships with job creators and government leaders in the U.K. and new markets worldwide and build upon the strong partnerships from which Hoosiers have already benefitted,” said Gov.-elect Holcomb. “Here in Indiana, we are proud to boast an international economy in which nearly 800 foreign-owned businesses currently operate. International firms continue to choose to locate and grow in Indiana because of our low-cost, low-tax, limited-regulation climate, and today those businesses support 152,000 jobs for hardworking Hoosiers. We have a strong record, and I will tirelessly continue the momentum in the years to come.”

During the trip, the Governor-elect will meet with government officials in London as well as potential investors in Indiana’s top sectors, including advanced manufacturing, aerospace and defense, agribusiness, life sciences, logistics and technology. He will also meet with executives of U.K. companies that operate in Indiana, including senior directors from Rolls-Royce, whose chief executive visited Indianapolis in September and invited the Lt. Governor to visit the company’s U.K. headquarters.

The trade mission is scheduled as U.K.-based job creators are committing to invest in Indiana. Since 2009, U.K.-owned businesses have announced plans to invest more than $852 million to locate or expand in Indiana, creating more than 1,260 new Hoosier jobs.

I play on the radio from 7 am -1 pm weekdays on 98.9 FM WYRZ and WYRZ.org. Follow me on twitter @WYRZBrianScott or e-mail me at brian@wyrz.org.
Previous Steuerwald named Legislator of the Year
Next Pedestrian on I-465 Killed by Hit and Run Driver