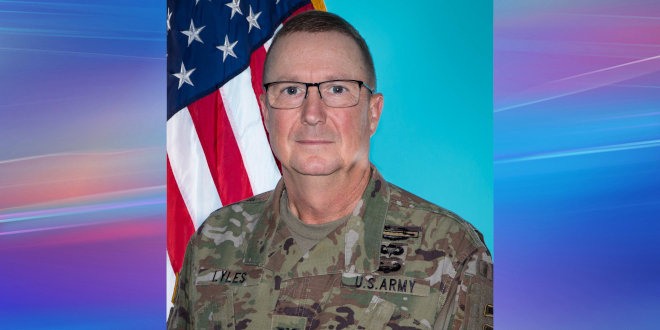 Concurrent with his appointment as the adjutant general, Lyles will be promoted to the rank of brigadier general. He has been eligible for this promotion since May when he received his U.S. Senate confirmation and letter of eligibility.

“I am confident that Colonel Lyles has the proven leadership skills, ethical character and practical know-how to lead the Indiana National Guard,” Gov. Holcomb said. “His vision for the Guard will create a culture of safety, success and stability that is critical for the defense of Indiana.”

Lyles, a native of Salem, has served most of his 32 years in the military in Indiana. He was deployed to Bosnia shortly after the Sept. 11, 2001 attacks in support of Operation Joint Forge and to Afghanistan during Operation Enduring Freedom.

Most recently, Lyles has served as the deputy chief of staff for operations at the National Guard Bureau in Washington, D.C., where he focused on the operations training and readiness for the Army National Guard. During his time in Indiana, he served the director of Atterbury Muscatatuck operations, commander of the 219th Engineer Brigade and commander of Muscatatuck Urban Training Center, among many other assignments. Lyles earned the Legion of Merit and a Bronze Star Medal, among numerous other military awards and decorations.

The Indiana Army and Air National Guard are reserve components of the U.S. Army and U.S. Air Force. During times of national emergency, National Guard members may be called into active federal service by the President of the United States.

Lyles will begin his new position Oct. 1, and he will be sworn in during a promotion ceremony at a date to be determined.

I play on the radio from 7 am -1 pm weekdays on 98.9 FM WYRZ and WYRZ.org. Follow me on twitter @WYRZBrianScott or e-mail me at brian@wyrz.org.
Previous Central Elementary Students Blazing A Trail
Next Brownsburg Fire Responds to Residence Fire