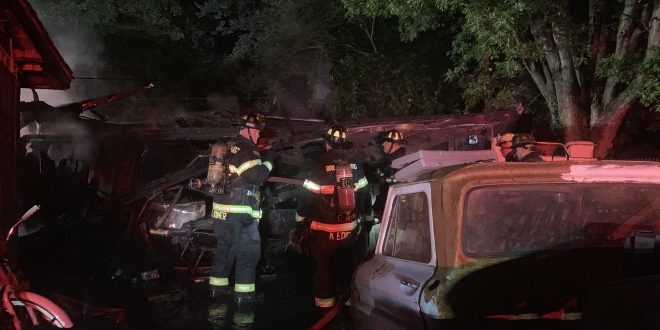 Brownsburg Fire Territory responded to a report of a residence fire on Janet Drive at 11:11pm, 9-23-19.

When firefighters arrived they found a fully involved garage, with live power lines arcing in the backyard and in the area of the garage. Fire from the garage had extended to the exposed residence. Firefighters quickly took actions to extinguish the fire to save the house, then moved on to extinguish the garage fire. Brownsburg Fire was on the scene for about two hours.

The cause of the fire is under investigation. No injuries were reported.

I play on the radio from 7 am -1 pm weekdays on 98.9 FM WYRZ and WYRZ.org. Follow me on twitter @WYRZBrianScott or e-mail me at brian@wyrz.org.
Previous Gov. Holcomb names Lyles as Indiana National Guard Adjutant General
Next Fostering innovation to welcome justice reform