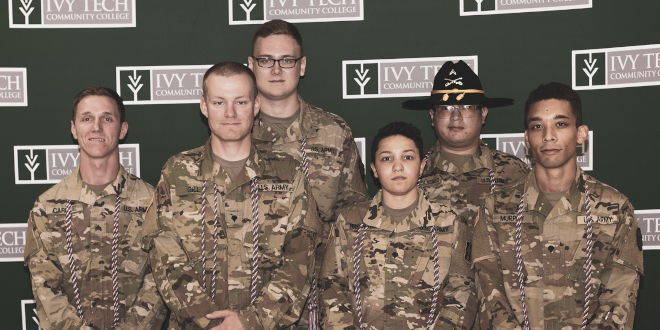 “With our National Guard’s current cyber resources and Indiana’s top notch academic institutions, our state is a natural fit for one of the country’s first cyber battalions,” Gov. Holcomb said. “Warfare is becoming increasingly digital and it’s an honor for Indiana to be home to those who protect our country from computer-generated threats.”

The 127th Cyber Protection Battalion will be made up of nearly 100 soldiers focused on cyber security and cyber warfare.

The soldiers will have access to the U.S. Department of Defense’s only live, full-scale cyber range at Muscatatuck Urban Training Center in Jennings County. The center is unique with its realistic simulations with live environments for cyber and electronic warfare testing and training.

Indiana is also home to one of the nation’s premier Defense Department laboratories, the Naval Surface Warfare Center in Martin County, with experts in cyber security and hardware assurance.

A majority of National Guard members are part-time. The additional education and skills the National Guard provides to soldiers creates a stronger civilian workforce as cyber security jobs are in high demand. This training includes Ivy Tech’s Cyber Academy at Muscatatuck.

“I am excited about the opportunity of stationing a cyber battalion in the Indiana National Guard. Indiana is well suited to build and generate mission readiness with this critical force structure,” said Indiana’s Adjutant General, Brig. Gen. R. Dale Lyles.

The Army National Guard created its first and only cyber brigade in 2016. The 91st Cyber Brigade, based in Virginia, oversees five subordinate battalions. The initial four battalions are located on the east coast: two in Virginia, one in South Carolina and one in Massachusetts.

I play on the radio from 7 am -1 pm weekdays on 98.9 FM WYRZ and WYRZ.org. Follow me on twitter @WYRZBrianScott or e-mail me at brian@wyrz.org.
Previous Behning selected to serve on national education boards
Next Indiana State Police Investigating Officer Involved Shooting in Huntington