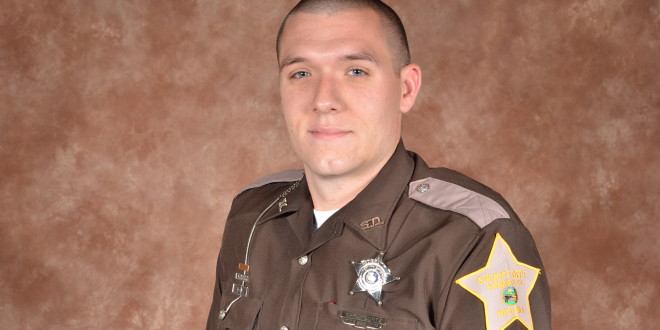 Kokomo Indiana – Arrangements to honor Howard County Deputy Koontz have been finalized. Deputy Koontz was killed in the line of duty March 20th, 2016 in Russiaville Indiana. Koontz and other officers were attempting to serve a warrant when he was shot in the pelvic area. He was rushed to the hospital and later flown by medical helicopter to Methodist Hospital in Indianapolis where he succumbed to his wounds at 11:10 a.m. on March 20th. A ceremony to honor his life will be held Tuesday March 29th, 2016 at Northwestern High School. Details of all services are below.

Albright Cemetery is at the intersection of Albright Street and Alto Road in Kokomo Indiana.

I play on the radio from 7 am -1 pm weekdays on 98.9 FM WYRZ and WYRZ.org. Follow me on twitter @WYRZBrianScott or e-mail me at brian@wyrz.org.
Previous Trooper Brock McCooe Promoted to Corporal at Indianapolis District
Next Donnelly, Sessions Call for Missile Defense Investments in Letter to President Obama