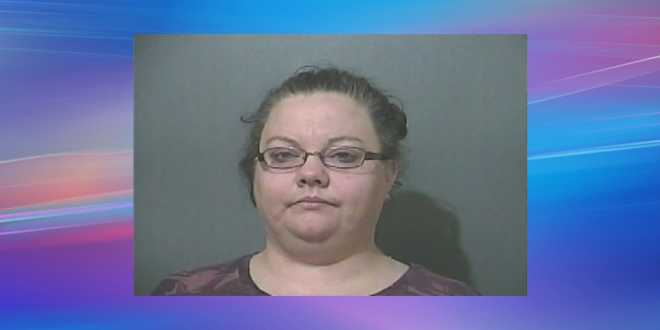 Vigo County—This afternoon around 1:38PM, Indiana State Police detectives from the Drug Enforcement Section arrested a Vigo County woman on six different counts. The arrest came after a two week investigation which originally began as a drug investigation. She was arrested without incident and incarcerated in the Vigo County Jail.

Count 3:  Neglect of a Dependent

Count 5:  Dealing in a Schedule I, II, or III Controlled Substance

Over the past two weeks the Indiana State Police Drug Enforcement Section along with the All Crimes Policing unit have been investigating an alleged heroin operation.  During the investigation detectives learned that proceeds were being paid from a bank account associated with Victory Christian Center.  During the investigation detectives learned Heather Marie Riggs was in charge of the bank accounts and handling of money for Victory Christian Center.  The investigation revealed Heather Riggs was writing checks to her heroin supplier, and herself to be cashed.  The investigation also revealed she was taking cash from the offerings collected during church services.  Riggs is alleged to be responsible for taking in excess of $75,000 over the past 14 months. Also discovered during the investigation on at least one occasion Riggs had small children with her during a drug transaction.

I play on the radio from 7 am -1 pm weekdays on 98.9 FM WYRZ and WYRZ.org. Follow me on twitter @WYRZBrianScott or e-mail me at brian@wyrz.org.
Previous Federal Funds Donnelly Helped Secure to Combat Opioid Abuse Connecting Hoosiers with Treatment
Next I-69 Section 5 construction update for week of March 19