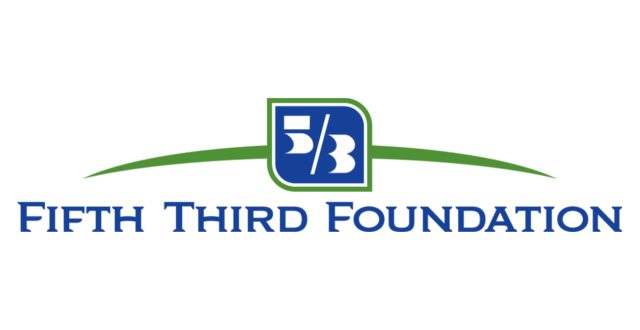 (INDIANAPOLIS) – Today, the Fifth Third Bank President of the Greater Indiana Region Kevin Hipskind announced a $100,000 grant from the Fifth Third Foundation to the Indy Chamber’s Accelerate Indy regional economic development strategy, directed to its Entrepreneur Services division. The announcement was made at the John H. Boner Community Center, one of several locations across the 9-county Indianapolis region where the Chamber offers one-on-one business coaching, entrepreneurship classes and workshops.
”We are committed to strengthening our communities,” said Hipskind.  “I can’t think of a better way to invest in the future of Indianapolis than to create more opportunities for our small businesses. This investment is a part of our ten year $30 billion commitment to the communities we serve across our footprint.”

The Indy Chamber’s Entrepreneur Services division, anchored by the Business Ownership Initiative (BOI), accounts for more than 8,900 hours of free small business coaching and educational workshops each year. The division also accounts for more than $440,000 in annual microlending via its direct microloan program, supported by the U.S. Small Business Administration along with corporate and non-profit investors. The Indy Chamber’s Accelerate Indy plan identifies access to capital for small business as an economic priority on par with corporate recruitment efforts.

“Roughly 80% of our region’s new jobs are created by existing employers, so programs to support homegrown firms are more important than ever,” said Indy Chamber President and CEO Michael Huber. “Our efforts in education and programming for small businesses pay off in more successful start-ups and local companies growing, investing and hiring at a faster pace.  We’re excited that Fifth Third recognizes this return-on-investment and has committed to support the outstanding work of our Entrepreneur Services team.”

Fifth Third’s investment adds to the fast paced progress of the Indy Chamber’s Accelerate Indy strategy, an ambitious regional effort at “rethinking economic development” through plans to recruit talent and business, encourage entrepreneurship and global trade, and appeal to high-tech employers with a skilled workforce and innovation-friendly climate.

“Building a sustainably stronger regional economy means expanding opportunity county by county, community by community, neighborhood by neighborhood,” he explained.  “The work of the Boner Center on the Near East Side shows how economic development takes a team effort by corporate, civic and philanthropic partners working with grassroots leaders – adding Fifth Third to the team will help this area go further, faster.”

ABOUT THE INDY CHAMBER
The Indy Chamber exists to move the Indianapolis region forward, one connection at a time. The Indy Chamber serves as a voice of progress and improvement in the region, uniting business and community to maintain a strong economy and quality of life. Our advocacy efforts, networking events, economic development initiatives, and other member benefits position members, business leaders and the community for success. Indy has what it takes to be a world-class region, where innovation meets performance. The Indy Chamber is here to realize that potential to its fullest.   The Indy Chamber launched the Accelerate Indy regional economic development strategy in September 2016. This strategy is financially assisted by the Fifth Third Foundation, among other corporate and non-profit investors.

ABOUT FIFTH THIRD
Fifth Third Bancorp is a diversified financial services company headquartered in Cincinnati, Ohio. As of Sept. 30, 2017, the Company had $142 billion in assets and operated 1,155 full-service Banking Centers and 2,465 ATMs in Ohio, Kentucky, Indiana, Michigan, Illinois, Florida, Tennessee, West Virginia, Georgia and North Carolina. In total, Fifth Third provides its customers with access to more than 45,000 fee-free ATMs across the United States. Fifth Third operates four main businesses: Commercial Banking, Branch Banking, Consumer Lending and Wealth & Asset Management. Fifth Third also has an 8.6 percent interest in Vantiv Holding, LLC. Fifth Third is among the largest money managers in the Midwest and, as of Sept. 30, 2017, had $348 billion in assets under care, of which it managed $36 billion for individuals, corporations and not-for-profit organizations through its Trust and Registered Investment Advisory businesses. Investor information and press releases can be viewed at www.53.com. Fifth Third’s common stock is traded on the Nasdaq® Global Select Market under the symbol “FITB.” Fifth Third Bank was established in 1858. Member FDIC, Equal Housing Lender.

I play on the radio from 7 am -1 pm weekdays on 98.9 FM WYRZ and WYRZ.org. Follow me on twitter @WYRZBrianScott or e-mail me at brian@wyrz.org.
Previous Donnelly Helps Introduce Legislation to Protect Veterans from Predatory Home Lending
Next Indy Chamber, Regional Leadership Release Joint Statement on Amazon HQ2