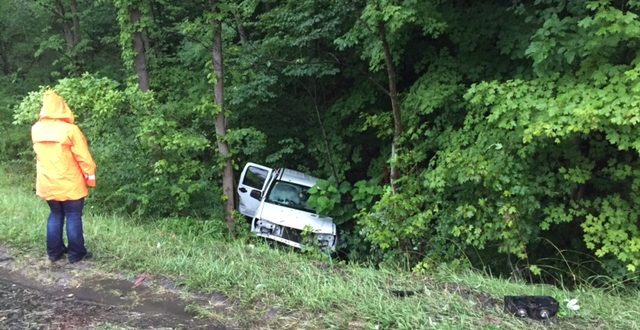 Preliminary investigation revealed a white, 2004 GMC pickup, driven by 79-year-old Richard E. Sheehy of Clinton, IN. was northbound on SR 63 and lost control on the wet pavement. The GMC left the roadway on the eastside and struck several trees before coming to rest over an embankment.

Richard Sheehy and his wife, 71-year-old Judith A. Sheehy received minor injuries and refused treatment at the scene. Seatbelts were in use by both and undoubtedly reduced the potential for serious injuries. 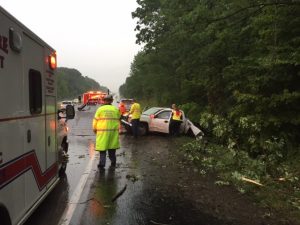 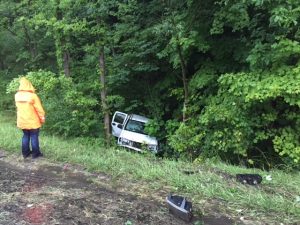 I play on the radio from 7 am -1 pm weekdays on 98.9 FM WYRZ and WYRZ.org. Follow me on twitter @WYRZBrianScott or e-mail me at brian@wyrz.org.
Previous IMPD officer is shot and injured, suspect dead, after lengthy vehicle pursuit
Next Avon Schools Announces Chris Hill as Teacher of the Year