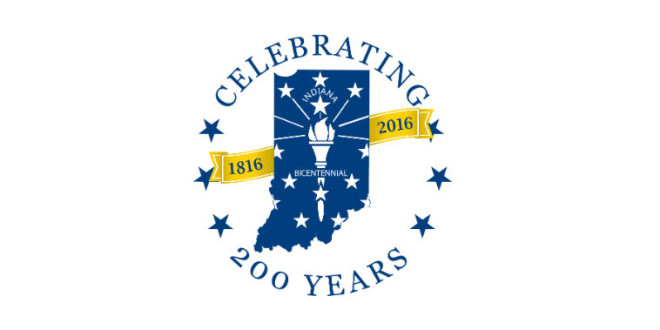 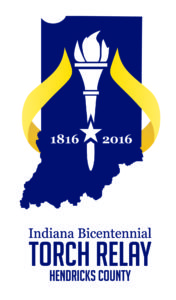 The partnership with Duke Energy was reached just days before the state unveiled the final Indiana Bicentennial Torch Relay route.

“We’ve been part of Indiana’s history for more than 100 years, and we’re proud to help bring the state’s bicentennial torch to Hendricks County,” said Steve Bahr, Duke Energy community relations manager for the county. “The torch relay is a wonderful way to connect Hoosiers during our bicentennial year.”

As part of the agreement, Duke Energy officials will speak during Torch Relay ceremonies in Brownsburg and Danville, and a Duke Energy truck will transport the torch and a torchbearer during a portion of the county’s relay.

“We couldn’t be more pleased to have Duke Energy partnering with us during this one-time event that is 200 years in the making,” said Josh Duke, Hendricks County Bicentennial Coordinator. “Their monetary support will allow us to make the Torch Relay’s trip through Hendricks County a truly memorable experience.”

The Indiana Bicentennial Torch Relay will meander through every Hoosier county this fall and include 2,000 torchbearers starting in Corydon Sept. 9 and passing through Hendricks County on Friday, Sept. 23. A map of the statewide torch relay route can be found here.

The Hendricks County Bicentennial Torch Relay presented by Duke Energy will begin at 9 a.m., Sept. 23 at Lucas Oil Raceway in Brownsburg with a 30-minute celebration that will include the torch’s fastest trip during its 3,200-mile journey – a 300-mph adrenal rush down the iconic drag strip aboard a Morgan Lucas Racing top fuel dragster.

The torch will then pass through Avon stopping briefly at Avon Town Hall before heading to the historic Hendricks County Courthouse Square in Danville for an hour-long celebration. The torch relay motorcade will then pass through Clayton and Belleville on its way to Plainfield where torchbearers will take it on foot down the Plainfield trail system from Friendship Gardens Park to Hummel Park.

The Torch Relay’s Hendricks County journey will conclude with a ceremonial passing of the torch to Morgan County. All of the events will be free and open to the public.

“The Indiana Bicentennial Torch Relay is not only the premier event of our state’s Bicentennial Celebration, but it is also an opportunity for Hoosiers from counties large and small to showcase all that makes Indiana unique,” said Indiana Lt. Gov. Eric J. Holcomb. “The torch route was designed to highlight the state’s cultural fabric, our history and values, and the spirit of Hoosier ingenuity, igniting generations to come.”

Accompanying the torch will be a high-tech mobile experience — an interactive museum that highlights important milestones during Indiana’s first 200 years and looks ahead to the state’s future. That mobile visitor center will be located on the Courthouse Square in Danville the entire time the torch is in Hendricks County and will be open to the public.

The torch relay is patterned after the Olympic Torch Relay and is designed to connect Hoosiers across the state and nation during the bicentennial year. The torch itself was designed by engineering faculty and students at Purdue University. The torch will be primarily transported by people, passing the flame from torchbearer to torchbearer.

Hendricks County received more than 130 torchbearer nominations. A local torchbearer selection committee chose 25 torchbearers and three alternates to represent Hendricks County. The state is vetting those choices and should announce the official list by June 1.

The relay will also employ other modes of conveyance that symbolize Indiana, including watercraft, farm equipment, racecars, horse and wagon, antique automobiles and others.

For more information about the Torch Relay or how you can be a part of the year-long bicentennial celebration, go online to www.VisitHendricksCounty.com/Bicentennial or like us on Facebook at www.Facebook.com/IndianaBicentennialHendricksCounty/.

I play on the radio from 7 am -1 pm weekdays on 98.9 FM WYRZ and WYRZ.org. Follow me on twitter @WYRZBrianScott or e-mail me at brian@wyrz.org.
Previous Brown, Kenley to lead FIRSST task force
Next Alzheimer’s Association Shares Tips to Celebrate Mother’s Day When Mom Has Alzheimer’s or Dementia