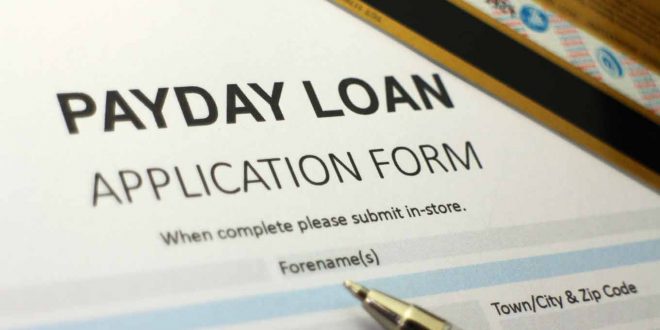 In early October, the Consumer Financial Protection Bureau (CFPB) finalized a rule that would mitigate the harms of payday lending by requiring lenders to determine a borrower’s ability to repay before issuing a loan or limiting the number of loans made without conducting such a test. Advocates and borrowers alike praised the rule—developed after five years of study and public comment—as a positive step forward. But last Friday, six members of Congress introduced a bill that would nullify the CFPB’s rule.

Rep. Dennis Ross (R-Fla.) introduced the bill, which is also co-sponsored by Rep. Alcee Hastings (D-Fla.), Tom Graves (R-Ga.), Henry Cuellar (D-Texas), Steve Stivers (R-Ohio), and Collin Peterson (D-Minn.). The rule is designed to protect borrowers from becoming ensnared in a debt trap—a common outcome for those taking out high-cost loans. In Indiana, 60 percent of payday borrowers take out a new loan the same day they pay off the previous loan; within 30 days, the reborrowing rate rises to 82 percent. Reborrowing a two-week, $300 loan six times – which is the number of back-to-back loans a borrower can currently take out before a “cooling off period” applies – costs over $250 in fees in Indiana.

Though the rule would mitigate the harms of payday lending, members of Congress introduced this bill, which would, with a simple majority vote in both chambers, repeal the rule and erect barriers to prevent the CFPB from addressing these toxic products in future rulemaking.

“Veterans and those currently serving in our Armed Forces are very vulnerable to make irrational decisions when under stress from upcoming or past experiences. Borrowing money is one of those areas where poor decisions have gotten these Hoosiers into a debt spiral where the outcome ends in bankruptcy, divorce, crime, and homelessness . . . Limits are needed on the number of consecutive loans, total cost of loans, and interest rates”, said Brigadier General James Bauerle of the Indiana Military / Veterans’ coalition.

They, and other organizations, highlighted that the payday industry business model relies on repeat borrowing of unaffordable loans; 75 percent of all payday loan fees are generated from borrowers stuck in more than 10 loans a year. This type of lending leaves people without funds to pay bills, strips them of their bank accounts, and increases their likelihood of bankruptcy. The practice costs Indiana families an estimated $70 million per year in fees for loans with interest rates that average 382 percent annual interest.

“Given the problems that 382 percent APR loans have created for low-income borrowers and communities in Indiana, no congressperson representing Hoosiers should vote to roll back the CFPB’s payday rule”, said Erin Macey, Policy Analyst at the Indiana Institute for Working Families. She added that lawmakers should further strengthen borrower protections by capping interest rate on payday loans – something the CFPB was statutorily prevented from doing. In conjunction, these measures could protect borrowers from predatory lenders who often profit from consumers’ distress and unfamiliarity with complex financial products.

The Consumer Bureau’s rule is supported by more than 70 percent of Republicans, Independents and Democrats.

I play on the radio from 7 am -1 pm weekdays on 98.9 FM WYRZ and WYRZ.org. Follow me on twitter @WYRZBrianScott or e-mail me at brian@wyrz.org.
Previous Applications available for ICLEO program that assists future law students
Next Michael Sorenson Joins Diego Morales Campaign as Campaign Manager