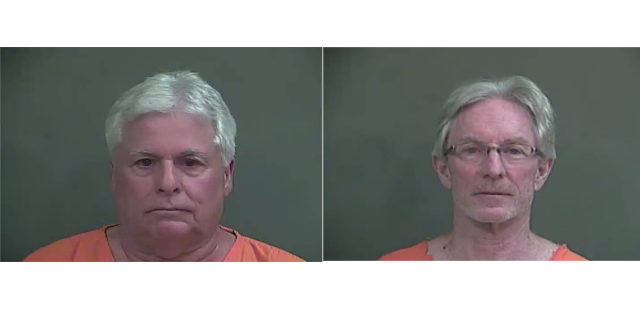 Whitestown, IN – After a nearly three year investigation by the Indiana State Police, 69 year old Gary Ogle and 68 year old Robert Fersch have been arrested and charged with several felonies in four counties. According to investigators the two men are responsible for taking over $1,200,000.00 from customers and subcontractors prior to 2013. Ogle and Ferch were co-owners of BiltRite Homes LLC in Whitestown Indiana, and over several years conducted fraudulent business deals including theft, corrupt business influence, perjury, and forgery.

In 2013, after the company filed bankruptcy, the Indiana State Police began looking into complaints about BiltRite Homes, most complaints included taking money from customers to pay off debts of previously built homes. Eventually the two men were no longer able to pay their debts resulting in several property liens being placed on completed homes. In some cases BiltRite Homes would take down payments, or a first draw on victims’ construction loans, and not take any action toward building a home for them.

During the course of the three year investigation, police spoke with numerous victims, contractors, suppliers and former employees. Further investigation, including subpoena’s, search warrants, and thousands of pages of documents being reviewed which led to felony criminal charges being filed in four counties. Prosecutors in Hendricks, Marion, Boone and Hamilton County have filed charges in each of their perspective courts. There are an additional 11 victims in Boone County and 1 victim in Clinton County who are pursuing criminal charges at this time.

In February of 2015, Gary Ogle was charged for his actions during new home builds for Richmond Hill victims in Marion County.

This continues to be an ongoing investigation, Ogle and Ferch have been arrested will face felony charges. Each man is considered innocent until proven guilty by the court.

This was a very lengthy investigation, and the great work by investigators  Sgt. Donald Howard, Detective Randy Pratt, Master Trooper Robert Trimpe, and Master Trooper Tony Nibbs, as well as the rest of the Indiana State Police Organized Crime and Corruption Unit, lead to a sense of justice for the victims.

I play on the radio from 7 am -1 pm weekdays on 98.9 FM WYRZ and WYRZ.org. Follow me on twitter @WYRZBrianScott or e-mail me at brian@wyrz.org.
Previous Removing Your Vehicle from the Roadway after Property Damage Crash Will be Law Once Again
Next Lt. Governor Holcomb and Dr. Wernert announce 2016 Golden Hoosier Award recipients