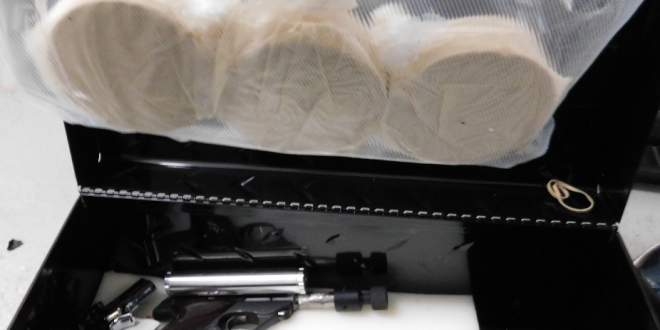 On May 19, 2020, the Indianapolis Crime Gun Intelligence Center (CGIC) a task force comprised of local and federal law enforcement partners conducted a narcotics investigation on the west side of Indianapolis.  CGIC had received information that Clifton Withers, 05/06/1975 was involved in armed narcotics trafficking. This investigation spanned across several jurisdictions including IMPD MNW District, MSW District and Speedway, IN.
With the assistance of the IMPD Criminal Interdiction Unit, detectives developed probable cause and obtained a search warrant for a storage unit rented by Withers.

CGIC Detectives with assistance from IMPD SWAT/QRF responded to Withers’ residence and placed him in custody without incident. A search of the residence and vehicles resulted in Detectives locating the following:

During the investigation CGIC discovered multiple indicators of narcotics trafficking including both furniture and household items with hidden compartments.

I play on the radio from 7 am -1 pm weekdays on 98.9 FM WYRZ and WYRZ.org. Follow me on twitter @WYRZBrianScott or e-mail me at brian@wyrz.org.
Previous Indianapolis Public Transportation Foundation Receives PPE Donations from former NFL Players and ProKel Mobility
Next Drive safely and plan ahead over Memorial Day weekend