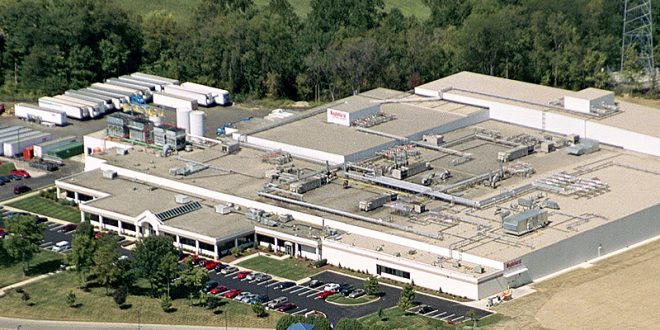 “It’s clear that great things happen to states that cut taxes and red tape, just as we have here in Indiana,” said Governor Mike Pence. “Weston Foods is an international company, and could have located its U.S. headquarters anywhere. This company’s decision to locate in the Hoosier state demonstrates that companies choose to grow in business climates designed to support their success. Weston Foods is the latest company to pick Indiana for its headquarters, and we’re happy to welcome the company’s growth and new jobs to the Hoosier state.”

The company will invest $1.6 million to renovate its 20,000-square-foot production facility for Maplehurst Bakeries – a subsidiary of Weston Foods – in Brownsburg to house the parent company’s U.S headquarters. The company’s new U.S. headquarters will complement its global headquarters in Toronto, improve communication between its subsidiaries across the country and provide a centralized location for its U.S leadership when facility upgrades are complete in September. With construction currently underway, renovations at the Brownsburg facility will provide an open-concept office space and make updates to the entire facility, including a new kitchen, bathrooms, flooring, meeting spaces and a modernized research and development center.

Weston Foods, which currently employs more than 2,000 associates across the United States, including nearly 500 in Indiana, is currently hiring for procurement, sales, supply chain and operations positions. As part of its growth, the company plans to create up to 15 new high-wage positions by 2018, which are expected to pay average salaries more than 180 percent higher than state’s average wage. Interested applicants may apply online at http://www.westonfoods.ca/yourcareer.php.

“When searching for the ideal place to locate our new U.S. headquarters, Weston Foods considered locations where our company currently runs its bakeries across the country,” said Kevin McDonough, president of Weston Foods North America Frozen. “We chose Indiana for our headquarters because this state’s business climate is ideal for growing and creating new jobs. With the state’s central U.S. location, being based in Indiana allows us to easily oversee our operations across the country.”

Founded in 1882, Weston Foods produces fresh and frozen baked goods through its subsidiaries Maplehurst Bakeries, Interbake Foods, Norse Dairy Systems and ACE Bakery in the United States. The company’s 16 facilities across 13 states produce doughnuts, cakes, pies, cupcakes, cookies, crackers, cones, ice cream novelty products and artisan bread, which are then sold at North American grocery retailers, supermarket chains and food service outlets. In addition to its Brownsburg operations, where the company currently operates seven doughnut production lines serving in-store bakeries and food service distributors, the company also announced plans in 2014 to expand its Maplehurst Bakeries facility in Lebanon, Indiana, where it it runs three cake production lines and is on track to meet its goal of creating 219 jobs at the facility by the end of 2017.

The Indiana Economic Development Corporation offered Maplehurt Bakeries, LLC up to $220,000 in conditional tax credits based on the company’s job creation plans. These tax credits are performance-based, meaning until Hoosiers are hired, the company is not eligible to claim incentives. The town of Brownsburg is proposing to offer performance-based tax incentives that will save the company an estimated $104,000 over a five-year period.

“The town is thrilled to see Weston Foods establishing its headquarters in Brownsburg and creating new jobs here,” said Grant Kleinhenz, Brownsburg town manager. “Maplehurst has long been one of our community’s biggest employers and its parent company’s investment here has a major impact on our economy and quality of life.”

Weston Foods is the latest company to announce that it is locating or expanding its headquarters in Indiana, joining companies like Determine, Krone North America, Duramark Technologies, DuCharme, McMillen & Associates, Braden Business Systems, eLuxurySupply.com, Allied Solutions and Precision Products Group. With the growth of companies like Weston Foods, Indiana has added 147,800 new jobs in the last three and a half years.

I play on the radio from 7 am -1 pm weekdays on 98.9 FM WYRZ and WYRZ.org. Follow me on twitter @WYRZBrianScott or e-mail me at brian@wyrz.org.
Previous Senator Donnelly and Mrs. Donnelly Participate in Keel-Laying for Future USS Indianapolis
Next Donnelly Welcomes Federal Grant Award for Indiana Coalition to End Sexual Assault