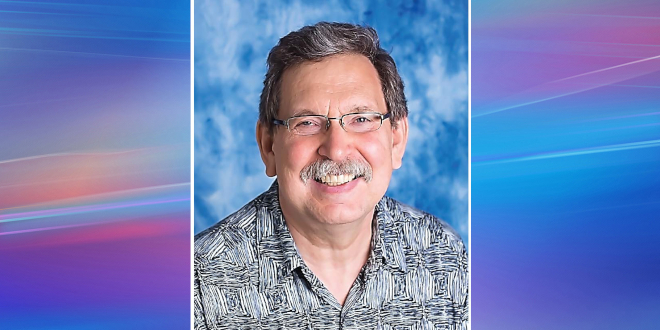 INDIANAPOLIS—Many life-threatening diseases come from slight variations in our genetic codes. A problem with the BRCA1 gene makes a person more prone to certain cancers, for example, and mutations of the hemoglobin-Beta gene can lead to sickle cell anemia.

Not everyone with genetic mutations will develop the associated conditions, but just having a variation can change a person’s life—they’ll need to get tests, take pills, go through surgeries, and constantly worry that doing all of these things still won’t be enough.

So, what if we could fix the problem at its root?

Using a grant from the National Science Foundation (NSF) for more than $711,000, that’s what Butler University Pharmaceutical Sciences Professor Alex Erkine is trying to work toward. The project falls into NSF’s fairly new Rules of Life category, which aims to promote discoveries related to fundamental questions about how living things work.

The problem is, biochemists have never completely understood how that gene-regulating dimmer works. If we don’t know how it works, we don’t know how to control or replicate it, and we can’t effectively edit a person’s DNA. Erkine’s project combines biochemistry with informatics, or machine learning, to try and change that.

In the physical lab, researchers will transfer strands of unique DNA sequences into cells. Then they’ll rate each cell based on how functional the DNA sequence is. In the past, similar tests have only been able to analyze a few DNA samples at a time, but using bioinformatics and machine learning will allow Erkine and his collaborators to compare more than 10,000 cells at once.

The ability to work with such a large group of DNA sequences is game-changing, Erkine says, because researchers can find patterns that never would have shown up when only comparing a few samples. Using bioinformatics tools makes this possible.

While scientists have been trying to understand the gene activator mechanism for decades, Erkine says both the DNA sequences and the ways they interact are highly variable and almost random—but not completely. Patterns do emerge within large enough data sets, which is why massive amounts of data are key. Erkine says computer-based tools are necessary in trying to understand these near-chaotic processes because finding those patterns will help us predict how genetic structures might interact after the activators are edited.

By identifying common features between strands with similar functionality scores, the informatics tools should help answer the question of what makes one gene functional and another gene cause disease.

The finished project is expected to shed some light on how genes are regulated and exactly how specific parts of a gene would need to be altered to prevent certain diseases. Scientists already know which part of the gene needs to be changed—as they can recognize mutations in DNA—and they now have the power to make those specific changes with the recent discovery of the CRISPR-Cas9 DNA editing system. But Erkine’s project is trying to answer the question of how to change sequences in ways that achieve the desired outcome of curing disease. So, we can already recognize and remove a genetic mutation, but what DNA sequences can we use to effectively replace it?

One of the project’s goals is to create a computational algorithm that will predict how certain changes to the gene activator mechanism (or the dimmer) will affect the genes it is working on.

“It sounds easy—just create an algorithm,” Erkine says. “But in reality, the problem is not trivial, because we do not fully understand how activators work. Our project, first of all, addresses the question about the mechanism of activator function. Then, as a byproduct, we hope to create a machine learning model (or algorithm) that can be used with CRISPR DNA editing for medical purposes.”

Some of this analytics process will take place at Butler, with help from PharmD students Brad Broyles and Andrew Gutierrez.

Broyles, who is in his third professional year of Butler’s Doctor of Pharmacy program, says working on this research has been the most valuable part of his time at Butler. He’s excited for the chance to learn about complicated aspects of biology while sharpening his computer skills, and he hopes the results will help make the field of biochemistry more receptive to new ideas.

Researchers at Purdue University also received close to $250,000 from the NSF to collaborate with Butler on this project. Purdue will handle most of the computer-based process Erkine calls the dry lab.

Back in 2015, Erkine had the chance to spend his sabbatical in Cambridge, England, with the MRC Laboratory of Molecular Biology. He has continued collaborating with the institution ever since, publishing an article in 2018 that helped lay the foundation for his current project.

Erkine says our current lack of understanding about how some molecular mechanisms work has a lot to do with long-held beliefs in the field of biochemistry—beliefs about what is and what isn’t worth studying.

“In short, biochemistry is about specificity,” he explains. “It looks at specific structures interacting with other specific structures in specific ways—key-and-lock sorts of interactions. But this is simply because that’s easy to study. Everything that does not necessarily interact specifically or strongly is ignored by biochemistry. It is considered noise: noise that is nonessential, non-functional, detrimental—that essentially stands in the way of new biochemistry developments.” Erkine wants researchers to think about things differently. The human cell is full of interactions that occur randomly, but that doesn’t make them any less important to understand. Because if his research works, he says, we’ll find a way to get to the root of diseases we’ve been trying to cure for decades.

I play on the radio from 7 am -1 pm weekdays on 98.9 FM WYRZ and WYRZ.org. Follow me on twitter @WYRZBrianScott or e-mail me at brian@wyrz.org.
Previous Traffic Stop for Unsafe Lane Change Leads to Arrest of a Wanted Violent Felon
Next Indiana Identified as a National Leader in Computer Science Education