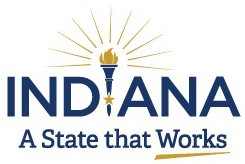 INDIANAPOLIS (Dec. 30, 2016) – In 2016, the Indiana Economic Development Corporation (IEDC) secured 227 commitments from companies across the country and around the world to locate or grow in Indiana. Together, these businesses plan to invest nearly $3.7 billion in their Indiana operations and create 20,320 new Hoosier jobs in the coming years.

“Since day one of my administration, job creation has been job one and today more Hoosiers are working now than ever before,” said Governor Mike Pence. “Through sound policies and fiscal management, we have remained focused on creating a low-tax, low-cost, limited regulation business environment that has helped create record employment and investment in Indiana. Today, we celebrate the fact that Indiana ranks first in the Midwest and fifth in the nation for business, offering a world-class workforce and the tools needed for business growth. I am confident that Indiana will continue its economic success under the leadership of Governor-elect Holcomb, who will work tirelessly to ensure ample job opportunities exist for Hoosiers across the state.”

“As Indiana’s unemployment rate fell to a 15-year low this year, our state’s strong economy has allowed the IEDC to be laser focused on helping companies create high-wage Hoosier jobs by strategically focusing on advanced, skilled industries that offer future growth opportunities in every corner of the state,” said Jim Schellinger, president of the IEDC. “Today more Hoosiers are working than ever before, and with the IEDC’s strategic focus, Hoosiers are working for steadily rising wages. This year, the average wage of jobs committed to the IEDC increased by 56 cents per hour, or more than $22 per week, which will allow Hoosiers to put more money in their pockets and create more opportunities for their families. As Indiana enters its third century, we will continue these efforts and, in sync with the Indiana Regional Cities Initiative and the Innovation and Entrepreneurship Initiative, together we will take Indiana to the next level and ensure that quality employment opportunities are available for all Hoosiers.”

IEDC incentives offered for these 227 commitments are conditional, meaning a company must create Hoosier jobs in order to be eligible to receive incentives, and are based on new payroll for Hoosiers. The IEDC offered an average incentive of $0.17/payroll dollar in 2016, which is a decrease of 19 percent from 2015, saving taxpayer money while simultaneously attracting high-wage jobs and new investment to the Hoosier state.

Top Announcements: The top five job announcements, as ranked by the number of new jobs committed from 2016, include:

Today’s news comes at a time when more Hoosiers are working than ever before in the state’s 200-year history. Indiana’s unemployment rate stands at 4.2 percent, which marks the state’s lowest unemployment rate since 2001, standing below the national average of 4.6 percent as well as all of Indiana’s neighboring states. Since January 2013, Indiana has secured 1,096 commitments from businesses, creating 168,000 Hoosier jobs. Meanwhile, the Hoosier state continues to receive accolades from national publications as a top destination for business growth, including recognition for having the best business climate in the Midwest and fifth best in the nation from Chief Executive magazine.