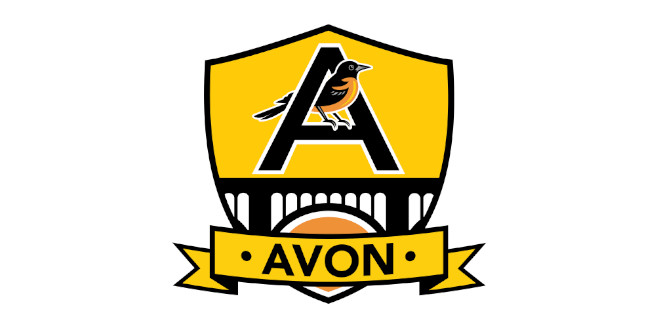 Avon, IN – Avon High School (AHS) Bands swept all three Winter Guard International (WGI) World Championships this season. This is the first time in the competition’s 40-year history that a school’s indoor color guard, percussion, and winds have won all three national titles in a single season. World Guard (final score, 93.950), World Drumline (98.600), and Avon Indoor (99.175) all topped their competitive fields, besting a talented field of high schools from across the nation.

“Overcoming the challenges of the past two and a half years to achieve the pinnacle of success in their field is a testament to the perseverance, focus, and work ethic of our students, directors, parents, and volunteers,” says AHS Principal Matt Shockley. “They now know extraordinary things can happen when people who share a common mission and passion work together.”

Avon’s sweep at the 2022 World Championships was a culmination of a decision leaders made long ago to build a culture of excellence. “Our focus has been to make sure everything we do is done at the highest level,” says Guard Director Daniel Wiles. “We don’t have to win championships to prove that. These groups have been performing at this level for nearly two decades.” In those two decades, Avon Bands have amassed well over 50 Indiana State Championships to go along with a growing number of Bands of America and WGI World Championships. Maintaining this type of success requires a massive team effort and collaboration from everyone involved. “The students, staff, and parents were all incredible this season,” says Percussion Director Lee Allman. “Their hard work and teamwork all showed up at the very end of this season. The end result this weekend was absolutely deserved.” Allman adds, “They blew the roof off the place.” The band directors have a bigger picture in mind for their students than simply winning championships. “We won’t forget this season. There’s no doubt about it,” says Avon Indoor Director Matt Harloff. He stresses that beyond learning music, as important as that is, students will apply what they’re learning not only to succeed in Band, but to succeed throughout their lives. “They’re learning to do whatever it takes to be as great as they can possibly be at whatever they choose to do.”

“I am so proud of our students and staff,” says Dr. Scott Wyndham. “No matter where I go – whether it’s around Central Indiana or across the country – when people find out I’m the Superintendent of Avon Schools, they almost always refer to the AHS Band program.” Before noting that Avon Schools has long been focused on providing all students with ample opportunities for extra-curricular involvement, Wyndham says, “The incredible success of our Band program is possible because of the amazing work our music educators are doing not only at AHS but at our middle, intermediate, and elementary schools.” On multiple occasions, most recently in 2021, The National Association of Music Merchants Foundation has named Avon Schools one of the Best Communities for Music Education in the US.

The incredible dedication and unprecedented success of Avon Bands during the 2021-22 school year – a season in which Avon Marching Black and Gold, World Guard, World Drumline, and Avon Indoor had already won their respective Indiana State Championships – is cause for celebration across Avon. “Not only these wins, but everything you do brings great credit to yourselves, your families, your school, and your community,” said Town of Avon Council President Robert Pope. “Make sure you stand tall today and celebrate. Tomorrow you will raise the bar again. Congratulations and fantastic job!”

WGI is the nonprofit national governing body for winter guard activities. In a website post, they highlight Avon’s first-of-its-kind achievement. “We would like to congratulate the indoor programs at Avon High School for taking gold in EVERY division at the 2022 WGI World Championships. This is a momentous occasion and a first in WGI history.”

Although the Winter Guard season is complete and Marching Band season doesn’t begin until later this spring, students are not slowing down to relax and enjoy their accomplishments. “These kids who performed these incredible productions all winter are hard at work as we speak,” says Wiles. “We’re on to the next thing,” says Harloff. “We have state preliminaries for Orchestra and Concert Bands this weekend.”

Students and staff representing World Guard, World Drumline, and Avon Indoor will receive a special commendation from the Avon Board of School Trustees at their regular meeting on Monday, May 9.

I play on the radio from 7 am -1 pm weekdays on 98.9 FM WYRZ and WYRZ.org. Follow me on twitter @WYRZBrianScott or e-mail me at brian@wyrz.org.
Previous Lt. Gov. Crouch, IHCDA launch crowdfunding campaign for a Brownsburg playground
Next Danville Police Searching for Missing 27-Year-Old Female ** UPDATE – Located Safely **