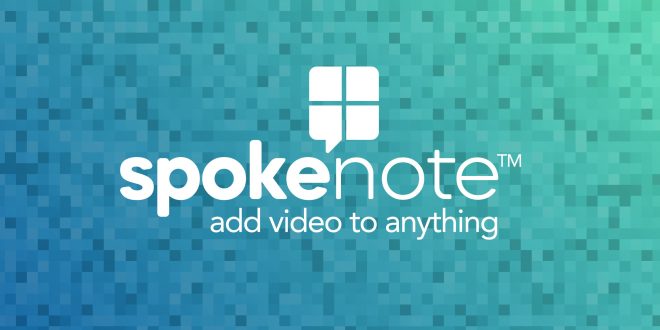 FISHERS, Ind. (Oct. 13, 2022) – spokenote, a technology startup, announced plans today to scale its operations in Indiana, establishing its headquarters in Fishers and creating up to 300 new, high-wage jobs by the end of 2026.

“Indiana continues to position itself as a leader in entrepreneurship and in tech innovation, making us the perfect place for spokenote to launch and grow,” said Governor Eric J. Holcomb. “I couldn’t be more grateful for them choosing Indiana among a world of options and for the hundreds of high-tech, high-wage jobs they will create for Hoosiers in central Indiana.”

“As a state, we are focused on advancing future-focused industries by investing in innovative, high-growth companies like spokenote,” said Indiana Secretary of Commerce Brad Chambers. “Indiana was named one of the top global emerging destinations for startups, and our robust network of entrepreneurs and innovative companies like spokenote will continue to elevate our reputation as a leader in the tech sector.”

The company, which provides a platform enabling customers to “add video to anything,” will invest $2.95 million to establish and grow its headquarters in the Certified Technology Park in Fishers. spokenote will locate in and equip a 4,000-square-foot office in the Techway building, which is currently being redeveloped, and plans to invest in new hardware and equipment to support its growing team. The company plans to move from its current location in the Indiana IoT Lab to its new headquarters in fourth quarter 2022.

spokenote was founded in 2021 and launched its first product in June. The company, which currently employs 10 full-time associates, plans to begin hiring for technical, sales, marketing and operations roles by year-end to support its growth and future product launches.

“We are very excited about our prospects for growth, and having the support from our state and local government makes a real impact in our expansion plans,” said John Wechsler, founder and CEO of spokenote. “Between the thriving innovation ecosystem in Fishers, and the financial incentives from the state, we’re confident in our ability to generate new jobs and create economic value in Indiana.”

The company, which recently completed its initial funding round, has utilized a number of resources available to help Indiana entrepreneurs and startups grow, including ample shared co-working spaces and the state’s Venture Capital Investment (VCI) tax credit, which helps entrepreneurs and startups attract capital more quickly by giving investors an additional incentive to invest in early-stage, growing Indiana companies.

“John Wechsler and his spokenote team have built an incredible product platform as they join the growing list of companies that have graduated from Launch Fishers,” said Fishers Mayor Scott Fadness. “As spokenote creates connections around the world, we can all be proud of the fact that it all began here in Fishers.”

spokenote’s first product – called spokenote™ stickers – allows users to view and share a recorded or uploaded video via unique, machine-readable code on a sticker. The company’s products are currently available on Amazon and spokenote.com, and plans for a retail launch are in the works for 2023. Additionally, the company anticipates developing and launching several new products for consumer and enterprise customers next year.

Based on the company’s job creation plans, the Indiana Economic Development Corporation (IEDC) committed an investment in spokenote of up to $7 million in the form of incentive-based tax credits and up to $165,000 in training grants. These tax credits are performance-based, meaning the company is eligible to  claim incentives once Hoosiers are hired and trained. The city of Fishers offered additional training grants to support the company.

About spokenote, LLC
spokenote develops technology that improves how people communicate, providing tools for human expression and communicaiton via digital media. The company’s initial product – spokenote™ stickers – connect users to the company’s video creation and sharing platform. Each spokenote sticker features a unique spokenote™ code that, when scanned by a mobile device, can be paired with a video created by the user. Once the code and video are paired, anyone who scans the code on the sticker can view the video. The company is headquartered in Fishers, Indiana. For more information or to purchase spokenote stickers, visit spokenote.com.

I play on the radio from 7 am -1 pm weekdays on 98.9 FM WYRZ and WYRZ.org. Follow me on twitter @WYRZBrianScott or e-mail me at brian@wyrz.org.
Previous Upcoming restrictions on I-74 starting on or after October 13 in Boone County
Next This Week on WYRZ