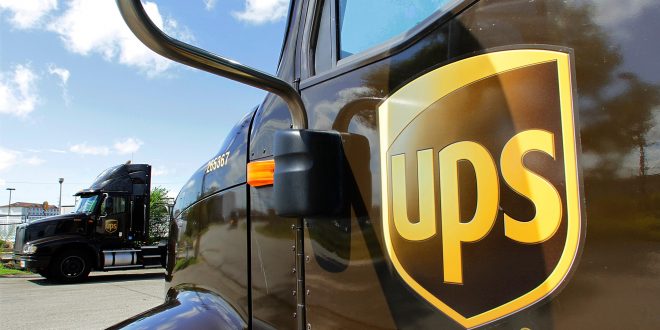 PLAINFIELD, Ind. (June 13, 2017) – UPS (NYSE: UPS), the world’s largest package delivery company, announced plans today to expand its operations in central Indiana, building a new, state-of-the-art hub in Plainfield. As part of its growth plans, the company plans to create up to 578 new, high-wage jobs by 2023.

“This major investment by UPS is more evidence that Indiana is a global logistics powerhouse,” Governor Eric J. Holcomb said. “Our state’s top-ranked infrastructure network has been key to growing our economy—especially in the manufacturing and logistics sector. That’s why state lawmakers doubled-down on roads and bridges this year, advancing a 20-year, data-driven infrastructure plan. As companies like UPS connect Hoosier businesses to customers around the globe, we’ll do our part to strengthen Indiana’s status as the crossroads of America—and of the world.”

The company will invest more than $260 million to construct and equip a new 893,000-square-foot hub on Bradford Road in Plainfield. Construction is underway on the facility, with plans to begin operations in Plainfield later this year. When completed in the fall of 2019, the UPS facility will offer new efficiencies and flexibility for processing capacity across its Indianapolis campuses, including facilities on West 81st Street, West 16th Street and East 86th Street in Castleton.

UPS will begin hiring for package handling and driver positions this fall, with plans for training to begin at the company’s Indianapolis facilities and for workers to transfer as initial operations begin in Plainfield. These positions are expected to pay an average wage 45 percent higher than the state average wage. Interested applicants may apply online at www.upsjobs.com.

“Central Indiana is a logistics gateway for efficient transportation networks that enhance UPS reliability and service,” said Kevin Church, president of UPS’s Ohio Valley District which includes Indiana, Kentucky and southern Ohio. “Support from local and state leaders lets us be nimble to apply new technologies and equipment together with our people for flexibility to manage growth from e-commerce, healthcare and manufacturing.”

UPS is a global logistics leader, providing an efficient link to more than 220 countries and territories around the world. The Atlanta-based company has small package, heavy freight and contract logistics facilities across Indiana and employs more than 9,500 Hoosiers across the state.

The Indianapolis area was an early market for UPS’s rollout of new Saturday ground delivery and pickup, which began in April. Additionally, Indiana was one of UPS’s first Midwest locations for the expansion of natural gas fueling for its tractor trailers, which began in 2013.

“The town of Plainfield is incredibly pleased to be the home for this new UPS hub,” said Robin Brandgard, president of the Plainfield Town Council. “The high standards of UPS and the details of this project match up with the town’s desire to bring good, high-paying jobs into our community. We have one of the largest and best-maintained industrial business park areas in the Midwest region and are internationally known as a logistics center. UPS’s decision to locate here will add to the prestige of our reputation and will push the total square footage of warehouse space planned and under roof to more than 40 million.”

The Indiana Economic Development Corporation (IEDC) offered United Parcel Service Inc. up to $200,000 in training grants and up to $7,500,000 in conditional tax credits based on the company’s job creation plans. These tax incentives are performance-based, meaning until Hoosiers are hired, the company is not eligible to claim incentives. The town of Plainfield will consider additional incentives at the request of the Hendricks County Economic Development Partnership.

Known as the Crossroads of America, Indiana’s roads connect the state to 82 million people within a 500-mile radius of the state’s borders. Indiana was rated No. 1 in the nation last year for its infrastructure by CNBC, with more pass-through interstate access than any other state, 10 major airports and three maritime ports, which are each Foreign Trade Zones. Through Indiana’s new transformational, 20-year infrastructure plan, the state will invest an additional $1.2 billion annually by 2024 into the state’s roads and bridges, maintaining the state’s position as a global logistics leader.

I play on the radio from 7 am -1 pm weekdays on 98.9 FM WYRZ and WYRZ.org. Follow me on twitter @WYRZBrianScott or e-mail me at brian@wyrz.org.
Previous Susana Suarez named Director of Development for the Indiana Neuro-Diagnostic Institute and Advanced Treatment Center
Next Archaeology News from the Division of Historic Preservation and Archaeology