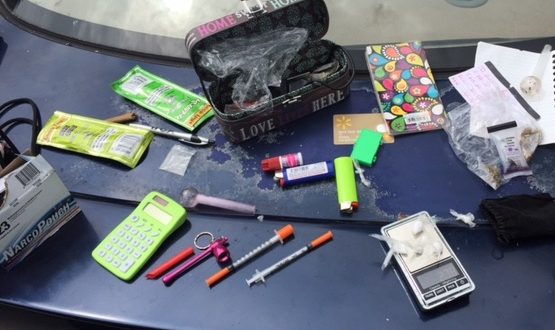 During the investigation, troopers discovered approximately 2.5 grams of suspected methamphetamine, approximately 3 grams of suspected marijuana, syringes, and assorted paraphernalia inside a bag within the vehicle. The passenger was also found to be wanted on a probation violation warrant from Vigo County. Both were taken to the Vigo County Jail.

I play on the radio from 7 am -1 pm weekdays on 98.9 FM WYRZ and WYRZ.org. Follow me on twitter @WYRZBrianScott or e-mail me at brian@wyrz.org.
Previous Indiana State Police Investigate Bank Robbery in Farmersburg
Next Brownsburg School Bus Drivers Excel in Competition