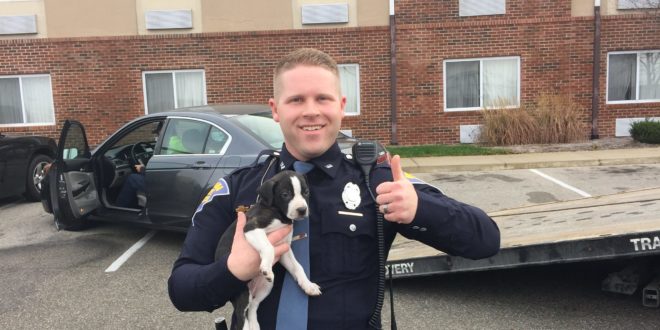 For the third consecutive year, Lt. Jeff Payne has named Trooper Andrew Forgey as the 2015 District 52 Trooper of the Year. The Indianapolis District includes Marion, Hamilton, Boone, Hendricks, Johnson, Shelby and Hancock Counties. Forgey has exemplified an Indiana State Trooper with his passion, work ethic, and integrity. He has undoubtedly increased the safety upon our roadways. Forgey will be recognized later today in a state-wide awards ceremony taking place at the Indiana Government Center in Indianapolis.

Trooper Forgey was chosen by district command staff from a very deserving group of Troopers. His dedication to crash prevention and public safety has been recognized by his peers and supervisors.  Forgey is assigned to the west side of Indianapolis and drives an unmarked Ford Mustang. He spends much of his patrol time targeting aggressive drivers, speeders, and tailgaters however his traffic stops often turn into criminal investigations.

Forgey is an 8 1/2 year veteran of the Indiana State Police and lives in Indianapolis with his wife  and children.

I play on the radio from 7 am -1 pm weekdays on 98.9 FM WYRZ and WYRZ.org. Follow me on twitter @WYRZBrianScott or e-mail me at brian@wyrz.org.
Previous Coats Asks IRS Head Why Agency Fails to Alert Americans about Stolen SSNs
Next Secretary of State Warns Against Pension Advance Scam