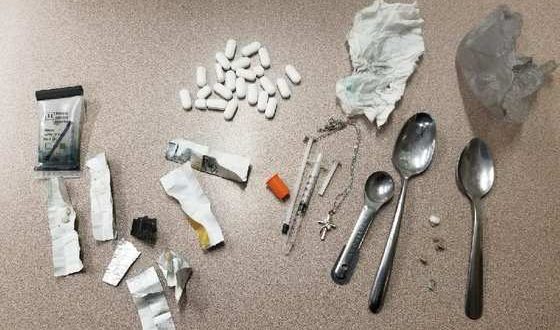 The vehicle was stopped and during conversations with the female driver and female passenger, Trooper Organ noticed the passenger appeared very nervous and displayed signs indicative of possible criminal activity. Trooper Organ deployed his K-9 partner “Zeke” around the vehicle and “Zeke” gave a positive indication near the passenger’s side door area.

The case was investigated by ISP Trooper Michael Organ. Assisting at the scene was Vermillion County Sheriff’s Deputy David McIntosh.

The driver was cited for a traffic violation and released.

I play on the radio from 7 am -1 pm weekdays on 98.9 FM WYRZ and WYRZ.org. Follow me on twitter @WYRZBrianScott or e-mail me at brian@wyrz.org.
Previous Hit and Run Semi Driver Arrested in Vigo County
Next Rokita Statement On Illegal Immigrant Who Is Suspected Of Killing Two Hoosiers, Including Colts Player