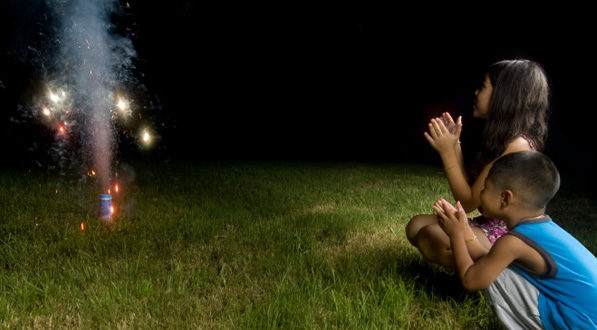 BROWNSBURG – Brownsburg Town Council approved an update to the municipality’s ordinance that addresses the use of fireworks at its June 23 meeting. Effective June 29, the Town Code was revised to complement state law and to provide consistency with other areas of the Town Code related to noise and nuisance.

State fireworks statutes have changed since the Town’s original ordinance was written, prompting the Town’s revisions to Title IX, Chapter 92, Sections 92.060, 92.061, 92.062 and 92.063. Consumer fireworks, which includes sky rockets, missile type rockets, roman candles, firecrackers, chasers and the like may only be used between the hours of 5 p.m. and two hours after sunset June 29 and July 9, with fireworks allowed between 10 a.m. and midnight on July 4. Additionally, consumer fireworks use is allowed between 10 a.m. on December 31 and 1 a.m. on January 1.

The Indiana law permits only those over 18 to purchase fireworks. Brownsburg residents may only use consumer fireworks on their own property or on other property with permission of the property owner. They may not be used in public parks, public property or public roadways, or in apartment complexes.

As defined in IC 22-11-14-8(a), small fireworks such as sparklers, poppers, smoke devices, cone fountains, and ground spinners may be used any time of the year outside of the quiet hours of 11 p.m. to 7 a.m.  Exhibition fireworks that exceed the limits for classification as consumer fireworks are considered special fireworks and require a permit from the US Bureau of Alcohol, Tobacco, Firearms and Explosives.  ORDINANCE 2016-14>>

The Town of Brownsburg encourages residents to keep safety in mind when it comes to the use of fireworks, particularly as they celebrate Independence Day. The Indiana Department of Homeland Security offers safety tips  at www.in.gov/dhs/files/Fireworks_Safety_FS2014.pdf.

I play on the radio from 7 am -1 pm weekdays on 98.9 FM WYRZ and WYRZ.org. Follow me on twitter @WYRZBrianScott or e-mail me at brian@wyrz.org.
Previous Donnelly Statement on FBI Briefing on Counterterrorism Efforts in Indiana
Next Coats Statement on Supreme Court’s Decision in Whole Woman’s Health v. Hellerstedt