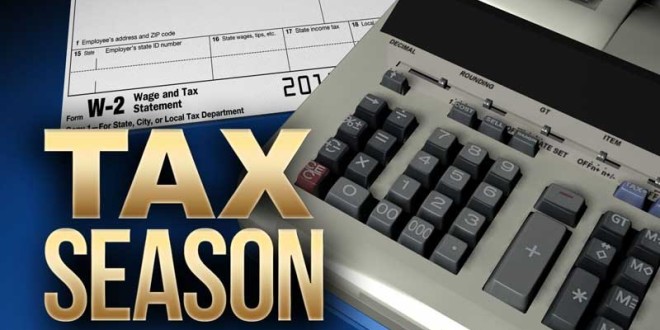 The best place to find accurate tax information is IRS.gov

WASHINGTON — The Internal Revenue Service is reminding taxpayers that IRS.gov has several taxpayer resources available 24 hours a day. From a “special tax season alerts” page providing the latest details on the 2022 filing season, a multitude of resources on taxable income and reporting requirements, help researching refunds to filing options.

“The IRS wants taxpayers to know that IRS.gov is the best source of information for all things tax,” said IRS spokesperson Stacy Engle, “The website can explain how to report all income, file an accurate tax return, review refund status and much more.”

U.S. citizens and resident aliens must report unearned income, such as interest, dividends, and pensions, from sources outside the United States unless exempt by law or a tax treaty. They must also report earned income, such as wages and tips, from sources outside the United States. An income tax filing requirement generally applies even if a taxpayer qualifies for tax benefits, such as the Foreign Earned Income Exclusion or the Foreign Tax Credit, which substantially reduce or eliminate U.S. tax liability. These tax benefits are only available if an eligible taxpayer files a U.S. income tax return.

Filing electronically and using direct deposit is the safest and fastest way to file an accurate return and receive a tax refund. Taxpayers can use Where’s My Refund? to start checking their refund status within 24 hours after an e-filed return is received or four weeks after the taxpayer mails a paper return.

The 2022 Filing Season began January 24, 2022 and the IRS is off to a strong start to this year’s tax season, with 22 million refunds worth more than $78 billion already being delivered as of February 18, 2022.  Of the over 35 million returns received, over 34 million of them were e-filed returns.

How an LITC can help

A Low Income Taxpayer Clinic (LITC) represents individuals whose incomes are generally at or below 250% of the federal poverty guideline, and who are seeking to resolve tax problems with the IRS, such as audits, appeals and tax collection disputes. LITCs can represent taxpayers in court as well as before the IRS. They also can provide information about taxpayer rights and responsibilities in different languages for English as a Second Language (ESL) taxpayers.

The IRS encourages those who have a filing requirement and have yet to file a prior year tax return or to pay any tax due to promptly do so as interest and penalties will continue to accrue. Visit IRS.gov for payment options.

I play on the radio from 7 am -1 pm weekdays on 98.9 FM WYRZ and WYRZ.org. Follow me on twitter @WYRZBrianScott or e-mail me at brian@wyrz.org.
Previous On My Way Pre-K applications for the 2022-2023 school year now available
Next IMPD Detectives Arrest Two Sisters for Recent Homicide