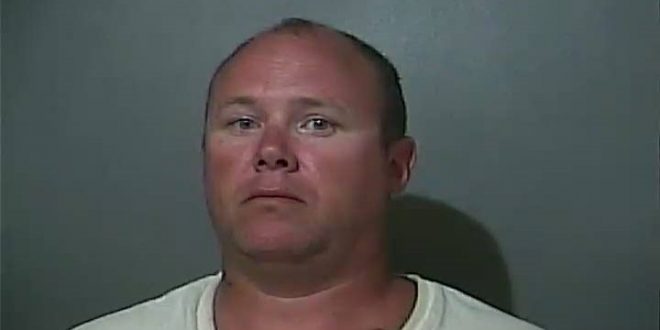 Vigo County – October 14, 2019, at approximately 10:00 p.m., Philip M. Reed, age 40, of Terre Haute, was arrested for domestic battery.  An investigation conducted by Master Trooper Todd Brown revealed that Reed had battered a female in a Vigo County residence that the two shared.  The female allegedly had been battered several times throughout the night by Reed. The female was finally able to get away, drove to a local gas station, and called for help.  After interviewing Reed, he was taken into custody and transported to the Vigo County jail where he is currently being held without bond.

All suspects Are Presumed Innocent Until Proven Guilty in a Court of Law.

I play on the radio from 7 am -1 pm weekdays on 98.9 FM WYRZ and WYRZ.org. Follow me on twitter @WYRZBrianScott or e-mail me at brian@wyrz.org.
Previous INDOT is hiring! Come to Indianapolis hiring fair Wednesday
Next Rolling slowdown scheduled on I-70 in Hendricks County early Wednesday Morning