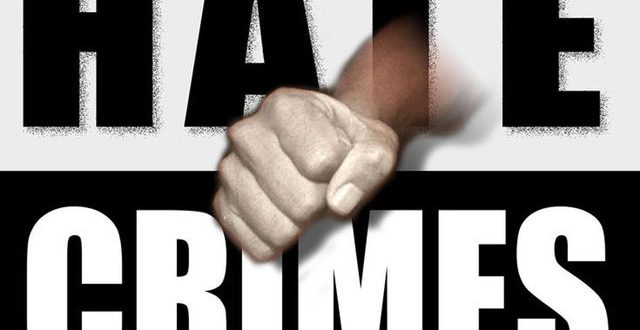 INDIANAPOLIS—State Senator Greg Taylor (D-Indianapolis) announced Tuesday that he would once again file legislation to remedy the glaring absence of clear bias motivated hate crime language in Indiana statute. The legislation would add a new aggravating circumstance to increase a sentence when a crime targets a victim due to certain characteristics like race, religion, color, sex, gender identity, disability, ancestry, national origin, or sexual orientation.

“My goal with this particular piece of legislation is two-fold,” said Sen. Taylor. “Hold bias motivated criminals accountable, while giving our law enforcement the tools and training they need to properly work through these kinds of investigations.”

Included in the proposal is a measure to train officers in recognizing, reacting and reporting hate crimes. Additionally, the bill would allow the targeted person to recover damages for losses incurred in civil court. From the agencies that reported data to the Federal Bureau of Investigation in 2013, Indiana logged 75 hate crimes, or roughly 1 every 5 days. Indiana is currently one of five states without hate crime legislation on the books.

Sen. Taylor has authored similar legislation for the last four years, however it wasn’t until the 2016 Legislative Session that bias motivated hate crime legislation made it to the Senate floor for consideration. The measure gained Senate approval however, it was never considered in the House of Representatives.

“In order to change the headlines that we keep seeing pop up more recently, we have to start working together,” continued Sen. Taylor. “This bill offers law enforcement the resources and education they need while also protecting Hoosiers from other citizens that target them simply for being who they are.”

Sen. Taylor will submit his proposal to be filed this fall and has begun working with committee members to advocate for its consideration.

I play on the radio from 7 am -1 pm weekdays on 98.9 FM WYRZ and WYRZ.org. Follow me on twitter @WYRZBrianScott or e-mail me at brian@wyrz.org.
Previous Quick action by citizens help IMPD officers make apprehension of Robbery suspect
Next Hoosier-Grown Trailer Manufacturer Expanding in Elkhart County