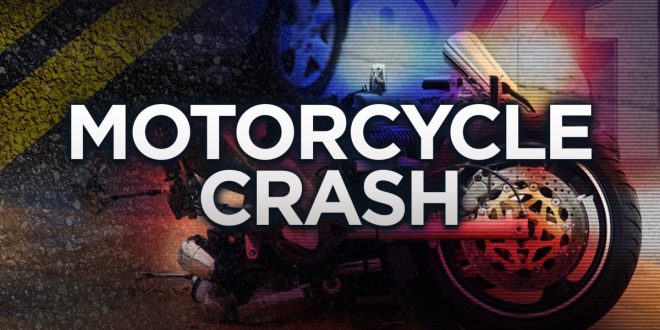 Clay County – September 6, 2019, at approximately 12:19 p.m., officers from the Indiana State Police and the Clay County Sheriff’s Department responded to a motorcycle crash on Interstate 70 eastbound near the twenty-three mile marker.

Parks was not wearing a helmet and was airlifted to Terre Haute Regional Hospital with serious head injuries.

The Indiana State Police wants to remind everyone to wear a helmet at all times while operating or riding a motorcycle.  Studies have shown that wearing a helmet can reduce your risk of serious head injury and/or death during an accident

I play on the radio from 7 am -1 pm weekdays on 98.9 FM WYRZ and WYRZ.org. Follow me on twitter @WYRZBrianScott or e-mail me at brian@wyrz.org.
Previous Brownsburg 9-11 Memorial to be Dedicated on Patriots Day
Next Garrett Police Arrest Two Juveniles in Last Monday’s Shooting Investigation