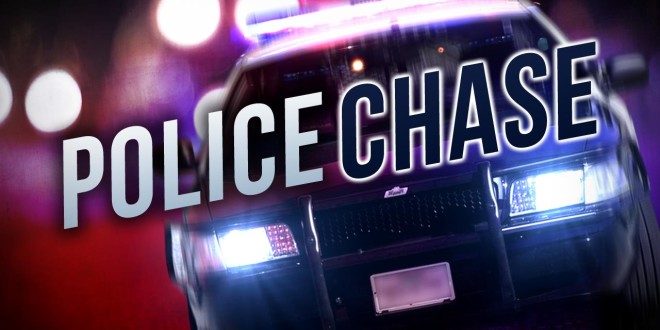 INDIANAPOLIS– Detectives continue their investigation into a pursuit, in which shots were fired at an Indianapolis Metropolitan Police (IMPD) officer. During this entire incident, no shots were fired by any IMPD officer.

On April 8th, 2016 at approximately 9:08 P.M., an IMPD officer was at the Speedway gas station at West 34th Street and Georgetown Road when he observed a black vehicle chasing a white vehicle through the parking lot. The officer observed both vehicles traveling at a high rate of speed, and the black vehicle was nearly in contact with the bumper of the white vehicle.

The officer attempted to catch up to the vehicles traveling southbound on Georgetown Rd. As the vehicles approached the intersection of Patricia Street & Welch Drive, the officer observed the black vehicle intentionally strike the rear bumper of the white vehicle. The officer attempted to initiate a traffic stop, on the black vehicle, by activating the emergency lights and sirens. An occupant in the black vehicle reached out the driver’s side window and fired multiple shots at the IMPD officer’s police vehicle. The pursuing officer lost the suspect vehicle in a nearby neighborhood but notified responding officers that there would be front end damage on the suspect vehicle due to it striking another vehicle.

A short time later, the suspect vehicle, a black 2004 Pontiac Grand Prix, was located parked behind a residence in the 4100 block of Red Bird Drive, which is approximately .5 miles from where the pursuit terminated. The driver’s side window of the vehicle was down, and officers could see ammunition on the driver’s side floorboard and an empty holster on the passenger side floorboard. Spent shell casings were also recovered near the intersection where the officer attempted to initiate the traffic stop.

Detectives were granted a search warrant for the residence. The IMPD SWAT team was used to make entry into the home, but the suspect was not located inside.  A handgun and other items were seized from the residence during the search warrant.  The Pontiac was towed from the scene and will be processed by Crime Lab for fingerprints and possible forensic evidence.  At this time, no arrests have been made.

After being struck from behind, the driver of the white vehicle fled the scene prior to responding officers being able to check on their welfare.  Detectives urge the driver of the white vehicle to come forward and identify themselves.  Anyone with information regarding this incident is encouraged to contact Crime Stoppers of Central Indiana at (317) 262-TIPS. Information about this incident may be given anonymously.

I play on the radio from 7 am -1 pm weekdays on 98.9 FM WYRZ and WYRZ.org. Follow me on twitter @WYRZBrianScott or e-mail me at brian@wyrz.org.
Previous Indiana State Police Seek Recruits for Capitol Police Section
Next AT&T is Hiring for More Than 50 Jobs in Indiana