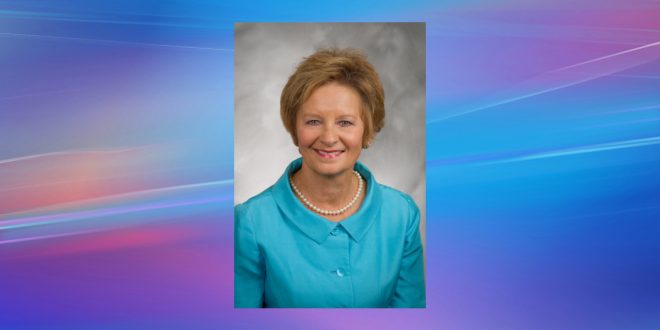 Secretary of State Op-Ed: Exercise Your Right to Vote

This is the most important election in our lifetime.

That phrase is often deployed by candidates near an election, and it’s become a cliché for those who follow political campaigns. It’s easy to mock it as hyperbole, yet there is a lot of truth in that statement. In many ways, every election is the most important in our lifetime, because free and fair elections are the lifeblood of our form of government. The strength of the republic draws on citizen input, and there is no petition, protest, or opinion that carries more weight than the ballot box.

Thankfully, the solution is an easy one. Indiana offers online voter registration through IndianaVoters.com, a comprehensive website where Hoosiers can not only register to vote, but can check their polling place, look at a mock ballot, and see early voting options for their county. This year, my office created the option of texting to register – a smartphone user can text the word ‘Indiana’ to 2VOTE (28683), and they will receive instructions on how to register from their phone. These tools make it quick and easy to register to vote and can save citizens a trip to the county clerk’s office.

Once registered, voters can also vote early the month leading up to Election Day. Early voting begins April 10, and voters can visit their county clerk’s office to cast a ballot, or request an absentee ballot if they cannot vote in-person on Election Day.

These initiatives make voting easier, but some Hoosiers still choose to stay home on Election Day, believing their vote doesn’t count. That couldn’t be further from the truth. One of my favorite stories from Indiana history illustrates this point.

While in the fields on Election Day in 1836, Henry Shoemaker remembered he had to go vote to fulfill a promise he made to Madison Marsh, a candidate for state representative. Just as the polls were closing, Henry cast his ballot for Mr. Marsh.

Marsh won by one vote, and after a lengthy recount it was determined that Shoemaker’s ballot was that tiebreaking vote. At that time, U.S. Senators were selected by the state General Assembly rather than the popular vote. When the votes were tallied for Indiana’s next U.S. senator, Edward Hannegan won by a single vote – and that vote had been cast by State Representative Madison Marsh.

Just a few years later, now in Washington, D.C., Congress debated the option of military conflict with Mexico. Senator Edward Hannegan of Indiana cast the deciding vote to engage in that military conflict. In the years that followed, the states of Texas, New Mexico, Arizona, Utah, Nevada, California and parts of Colorado were added as U.S. territories. The most dramatic expansion of our borders since the Louisiana Purchase started when one Hoosier farmhand cast his ballot at his local polling place.

Now admittedly, this is a dramatic illustration, but we ought to take it seriously. Every election cycle we hear Americans give their excuse for not going to the polls: inconvenience, lack of competition, apathy brought on by negative campaigning, and so on. But then I think back to when I saw Iraqi citizens lined up for hours to cast ballots and dip their finger in purple ink.

I encourage all Hoosiers to exercise their constitutional right and engage in civic life by voting this year. Take advantage of the options available to you, and do your part to hold our government accountable. After all, it is a government of, for, and by the people, and things don’t work properly unless we are informed and engaged.

The 2018 Primary Election will be held on Tuesday, May 8th, 2018. Polls are open from 6:00am to 6:00pm. Registration for the primary closes on April 9th, 2018. All registrations must be received and processed by the county clerk’s office before that time. Voters can check their registration status, register to vote, view early voting options, and look up their polling place by visiting IndianaVoters.com.

I play on the radio from 7 am -1 pm weekdays on 98.9 FM WYRZ and WYRZ.org. Follow me on twitter @WYRZBrianScott or e-mail me at brian@wyrz.org.
Previous Businesses: File Annual Withholding Forms to Avoid Penalty
Next Two people are in custody after an Indianapolis northwest side drug raid