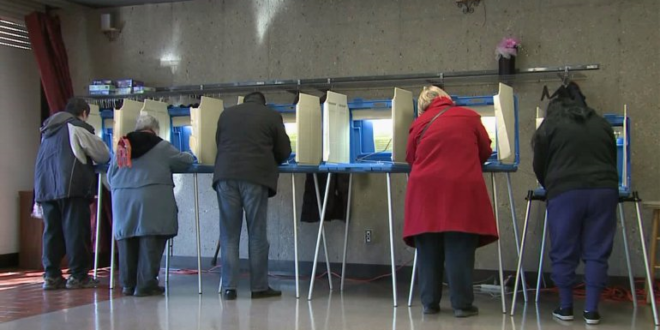 HEA 1116 enhances security around absentee ballots, continues cybersecurity services for counties in order to protect the statewide voter registration system, and ensures by the next presidential election every Hoosier will cast a ballot on a voting machine with a paper audit trail.

“This new law will ensure that as technology evolves and voter habits change Indiana remains a national leader in election security and integrity,” Secretary Sullivan said. “I want to thank Governor Holcomb and the General Assembly for placing a priority on the security of our voting process.”

Under the new law, the current cybersecurity contract between the Secretary of State’s office and Indiana counties will be extended to 2028. In August 2019, Indiana Secretary of State launched a statewide cybersecurity system to protect our elections infrastructure against targeted, nation-state level attacks 24 hours a day, proactively hunt for advanced threat behavior, and respond to critical attacks.

“Each of our 92 counties connect to the state via the statewide voter registration system – and therefore, each county is a part of our critical infrastructure in Indiana,” Secretary Sullivan said. “As turmoil abroad increases daily, we know our foreign enemies are using new digital tools to try to influence or change our elections. We can only stop them by using the latest security tools and keeping a constant watch.”

In 2018-2019, Indiana was a part of a nationwide trend with at least 17 counties reported disruption of services by ransomware and other cyberattacks. In 2020, the cybersecurity service triaged over 115,000 alerts, published 795 investigations, and blocked more than 540 threats.

I play on the radio from 7 am -1 pm weekdays on 98.9 FM WYRZ and WYRZ.org. Follow me on twitter @WYRZBrianScott or e-mail me at brian@wyrz.org.
Previous Indiana Department of Education Commends the Passage of Legislation Promoting Early Childhood Education
Next INDOT reminds drivers of North Split closures ahead of NCAA events