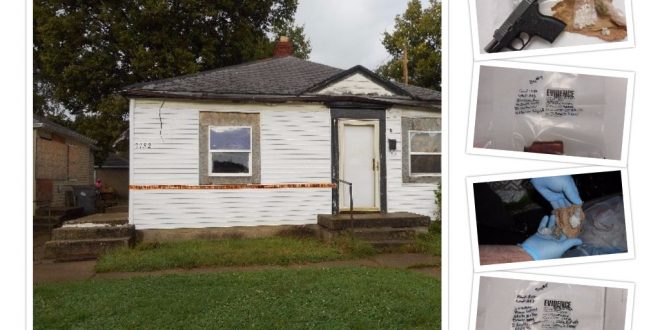 For the second day, IMPD narcotics detectives serve a search warrant that results in the confiscation of drugs and guns

INDIANAPOLIS – Indianapolis Metropolitan Police Department (IMPD), North District Narcotics and Flex Team detectives, served a search warrant that resulted in the confiscation of drugs and a gun and the arrest of a serious violent felon in possession of a handgun.

On Wednesday, September 28, 2016, just after 10:00 a.m., North District Narcotics and Flex Teams detectives served a search warrant in the 3700 block of Hillside Avenue. During the execution of the search warrant detectives encountered inside the residence the lone and primary suspect identified as 57-year-old Kevin Murphy a.k.a. “Dirty Murph.” The suspect was taken into custody without incident. During the search of the residence detectives confiscated the following items: 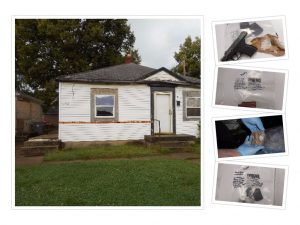 Detectives interviewed and arrested the suspect Kevin Murphy on preliminary charges of Dealing of Cocaine, possession of cocaine, heroin, and marijuana. In addition, because detectives found a handgun near the suspect and the suspect has a prior conviction of Dealing in a Narcotic, the suspect was also arrested on a preliminary charge of Serious Violent Felon in Possession of Handgun. The suspect was transported to the Arrestee Processing Center for processing. The Marion County Prosecutor’s Office will review the case and make a charging decision.

IMPD is committed to neighborhood policing and enforcement. This arrest is evident of our continual effort to reduce violent crime in Indianapolis. The confiscation of illegal narcotics and guns is the result of a collaborative community effort and good police/detective work. IMPD will continue to find ways of addressing violent crime and the systemic root causes of crimes in our city, and together we will make a difference. Together we will reduce crime, reduce the fear of crime and enhance public safety in Indianapolis. IMPD is grateful for the community’s efforts and requests that anyone with information about illegal narcotics or illegal activities, to contact IMPD by calling 9-1-1 or Crime Stoppers of Central Indiana at (317)262-8477 or TIP). Tips given via Crime Stoppers should be considered anonymous.

I play on the radio from 7 am -1 pm weekdays on 98.9 FM WYRZ and WYRZ.org. Follow me on twitter @WYRZBrianScott or e-mail me at brian@wyrz.org.
Previous Narcotics detectives serve warrant that nets cash, vehicles, heroin, and arrest
Next Arrest made in connection to Indianapolis west side murder on Sunday