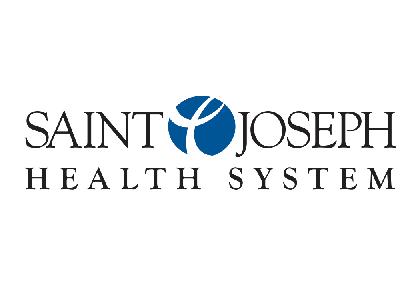 Mishawaka, Ind. (August 16, 2016) — The Saint Joseph Health System (SJHS) Board of Directors is pleased to announce Chad W. Towner as the new chief executive officer of SJHS. He will begin his new role October 14.

Towner, originally from Brownsburg, Ind., began his health care career as a physical therapist for Lutheran Hospital in Fort Wayne. His passion and entrepreneurial spirit led him to build a consulting business specializing in injury prevention for industrial clients. He went on to serve in executive leadership roles in both acute and ambulatory settings for the past 20 years.

“It is with great honor that I have been called to serve the rich heritage of the Sisters of Holy Cross, Poor Handmaids of Jesus Christ, and the talented team of physicians and colleagues who have dedicated their lives to the health and well-being of the community,” Towner said. “I am humbled to take on this role for Saint Joseph Health System.

Most recently, Towner was the CEO of Dupont Hospital, a 131-bed facility in Fort Wayne. Under Towner’s leadership, the hospital set new standards of excellence in quality care, operations and patient satisfaction. Award-winning achievements resulting from Towner’s guidance include: Truven Health Analytics 100 Top Hospitals status in 2012, 2015 and 2016; Joint Commission Top Performer on Key Quality Measures, 2011-2015; Anthem Blue Distinction Center+ for Maternity Care in 2016; and various awards from US News and World Report, Press Ganey and Healthgrades.

He served on the Lutheran Health Network (LHN) CEO council, which represents eight LHN hospitals and more than 7,000 employees region-wide, and provided system leadership as the chairman for several committees including: LHN Innovations, Perinatal, Physician Hospital Integration, and the Leadership Development Institute. During his tenure he was also responsible for bringing in a full-time chaplain for patients and employees and served on numerous community boards including the March of Dimes and United Way.

“We are privileged to find such an innovative and strong mission-focused leader to shepherd our system,” said Abraham Marcus, chairman of the SJHS board. “His extensive knowledge and experience in our region will allow us to continue to evolve and shape the Indiana health care landscape during these transformational times.”

Saint Joseph Health System is a member of Trinity Health, one of the largest Catholic health care delivery systems in the nation. “Chad’s proven leadership as a clinician, entrepreneur and CEO is a perfect fit for people-centered care at Saint Joseph Health System to serve patients and families in the Michiana region,” said Sally Jeffcoat, Trinity Health executive vice president for the West/Midwest Group. “We look forward to the leadership, innovation and energy Chad will bring to the community, SJHS and all of Trinity Health nationwide.”

Towner is succeeding CEO Albert Gutierrez. They will work closely together to ensure a smooth transition.

I play on the radio from 7 am -1 pm weekdays on 98.9 FM WYRZ and WYRZ.org. Follow me on twitter @WYRZBrianScott or e-mail me at brian@wyrz.org.
Previous Indiana and Illinois Senators Call for Extending Comment Period for Proposed Rule on Metropolitan Planning Organizations
Next IMPD detectives arrest a pair of suspects for their alleged roles in a murder, attempted murder, and several area robberies