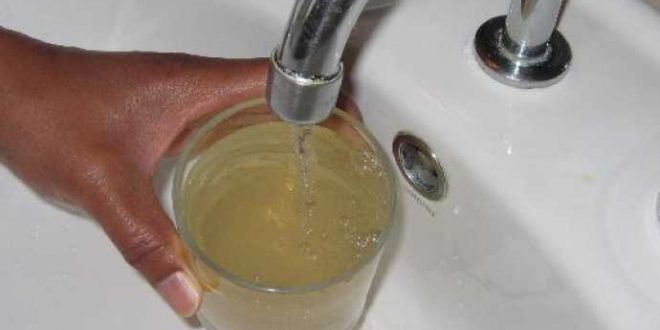 Road construction is not the only issue that residents in neighborhoods near Moon Road and State Road 267 are facing. Those living in at least two connected neighborhoods and others in this area are also dealing with brown tap water which has appeared periodically over the past few months.

Sugar Grove and Forrest Creek neighborhoods as well as those residing along Moon Road have been affected by sporadic occurrences of brown tap water. Because of this, residents in the area are report that they are reluctant to use tap water for daily needs.

“I really don’t like to wash my hair in it or wash white clothes,” said Angela Hamernik, a homeowner in the Sugar Grove neighborhood. “Hoping they will eventually get to the root of the problem, I have seen them flush the hydrant a few times, but the problem just keeps coming back.”

Lisa Dykstra has experienced brown tap water on more than one occasion over the past few months and has taken the initiative to inform the town of the problem.

“The town has been very responsive every time I voice a complaint,” said Dykstra, a homeowner in the Sugar Grove neighborhood. “I just hope they can find a permanent solution.”

Dykstra is concerned that the discolored water will cause costly property damage beyond stained clothes including damage to the family’s water treatment system.

“One frustration I have is that we have a pricey whole-house water filter that keeps getting clogged with all the brown iron,” said Dykstra. “…I am concerned that we are wearing out the whole system because of the flooding of iron.”

The Town of Plainfield publically addressed the residents affected by the issue of brown water on Nov. 2 through a Facebook post. The town also shared this Facebook post through Twitter. The post indicates that in an attempt to solve the water problem, the town is taking action by replacing water filters.

“We will be continuing to address this over the next couple of weeks with the replacement of filters in the Southwest water plant,” the Town of Plainfield’s Facebook post said. “Starting tomorrow we will be draining the existing filters and taking the plant offline. It will be down for a couple of weeks. We don’t anticipate that there will be any problems, but we wanted you to know what we are doing and why. We ask your patience as we make these improvements.”

I play on the radio from 7 am -1 pm weekdays on 98.9 FM WYRZ and WYRZ.org. Follow me on twitter @WYRZBrianScott or e-mail me at brian@wyrz.org.
Previous Hendricks County Community Foundation Awards Grant to Rock Steady Boxing for 20th Anniversary Celebration
Next Free Naloxone Kits and Overdose Reversal Training at Hendricks County Health Department