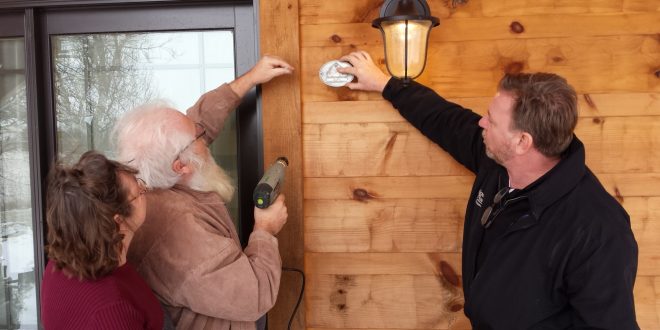 Pittsboro – Pittsboro resident and the host of WYRZ’s “Joyful Sounds”  Rob Green has one of the few homes in Hendricks County that is “certified” as an Energy Efficient Home. That Touchstone Energy certification came from Hendricks Power Cooperative yesterday at the Green’s home. According to Hendricks Power Cooperative, there are standards that home builders must abide by and will have a HERS (efficiency) score that is higher than most homes.

Dana Cochran, Marketing VP for Hendricks Power Cooperative said “Basically, the homeowner uses the most efficient means possible (HVAC source, insulation, water heater, appliances, etc) to ultimately save on their on their overall energy usage.”  Dana Cochran went on to say, “It’s always encouraging to see our members ask us for our advice and work with us on a project like this. We at Hendricks Power Cooperative believe that someday soon, homes are probably going to have to be energy rated when they sell, just as inspections happen, so that the homeowners know what to expect.”  Steve Hite, Energy Adviser for Hendricks Power Cooperative concurs. “This process is already going on in several areas of the world. It is likely to be a requirement in the very near future for new homes. “ 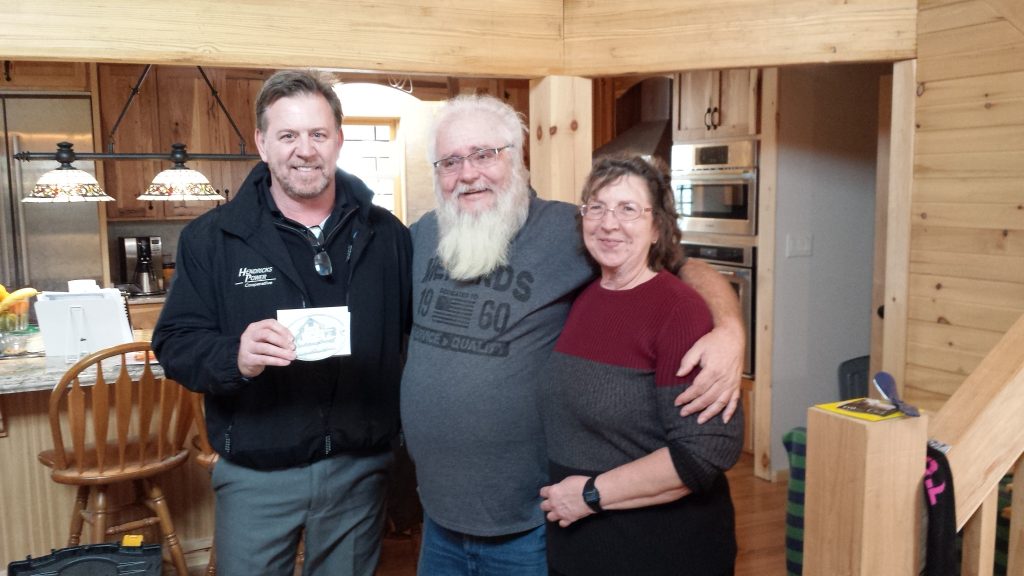 Home owner Rob Green said an extreme energy efficient home was the goal from the beginning of construction. “We come from Canada and in our second home we had 36 inches of fiberglass blown into the attic. That was back in the 1979. We moved to the States in 1989 and knew that there are ways to bring energy costs down. So we’re using geothermal and traditional heat pump on the domestic water heater and LED lights. This is a real answered prayer real dream home for both of us.”

Also certified on the same day was the home of Jeff and Sheila Bassett in Coatesville. Jeff is an owner of Bassett Services located in Plainfield, IN.  In both cases, Steve Hite worked with the home owners throughout the entire process to make sure all the TE energy efficiency requirements were fulfilled.  Hite said approximately six homes were certified as a Touchstone Energy Efficient in 2017. To learn more about being certified, go to https://www.powermoves.com/your-home/touchstone-energy-home/ or call Hendricks Power Cooperative at 317-745-5473.

I play on the radio from 7 am -1 pm weekdays on 98.9 FM WYRZ and WYRZ.org. Follow me on twitter @WYRZBrianScott or e-mail me at brian@wyrz.org.
Previous Two Injured in Vigo County Semi Rollover
Next Trooper Escapes Injury in Crash While Responding to Call