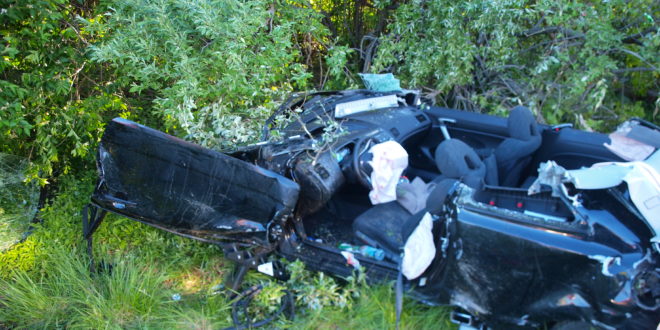 One Man Life Lined from One Vehicle Crash in White County

White County-Today at proximately 7:10 a.m. on I-65 northbound near the 186 MM (that is two miles south of the 188/SR 18 exit), the Indiana State Police at the Lafayette Post were dispatched to a one vehicle rollover crash with injuries. 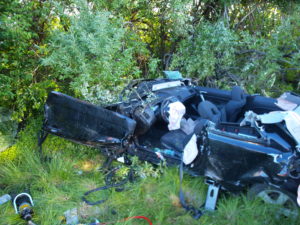 Preliminary investigation by Trooper Corey DuPuy has revealed that a black 2008 Honda Civic driven by Jonathan Dearaujo-Batista, 24 of Cincinnati was in the left lane on the interstate. The vehicle drifted off the roadway to the left, over corrected to the right and went across both lanes of the interstate. The vehicle went into the right ditch, rolled several times and came to rest on its wheels. The driver was extricated from his vehicle and was life lined by helicopter to St Vincent Hospital in Indianapolis with life threatening injuries. It appears seatbelts were in use at the time of the crash. Alcohol nor drugs appear at this time to be a factor in the crash.

I play on the radio from 7 am -1 pm weekdays on 98.9 FM WYRZ and WYRZ.org. Follow me on twitter @WYRZBrianScott or e-mail me at brian@wyrz.org.
Previous Arrest Made in Murder of Man Near 34th Street and Keystone Avenue Sunday
Next New Report Shows Indiana Debt Among Lowest in the Nation