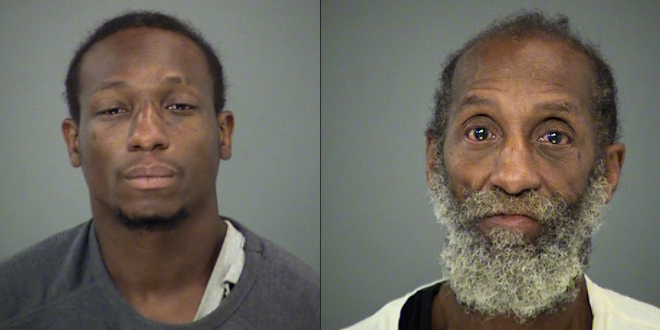 INDIANAPOLIS –  On 09/20/2019, during an investigation of several burglaries on the northside, North District Detectives were led to a residence in the 5200 block of Hinesley Avenue. A search warrant was served at that residence and several items which had been reported stolen were recovered.  Further investigation resulted in the arrest of 2 individuals:

Detectives also believe these suspects have committed burglaries elsewhere in the city. The investigation into those incidents continues. The Marion County Prosecutors Office will review the cases and make a charging decision.

Anyone with information should call Crime Stoppers of Central Indiana at 317.262.8477 or (TIPS).  Citizens can also download the mobile P3tips app for Apple or Android phones to submit a mobile tip, or go to www.CrimeTips.org to submit a web tip. You will remain anonymous and may be eligible for a cash reward of up to $1000 if the information leads to a felony arrest.  Only tips submitted directly and anonymously to Crime Stoppers are eligible for these cash rewards.

I play on the radio from 7 am -1 pm weekdays on 98.9 FM WYRZ and WYRZ.org. Follow me on twitter @WYRZBrianScott or e-mail me at brian@wyrz.org.
Previous Gov. Holcomb Makes Appointments to Various Boards, Commissions and Task Forces
Next Indianapolis man injured in boating accident on Geist Reservoir