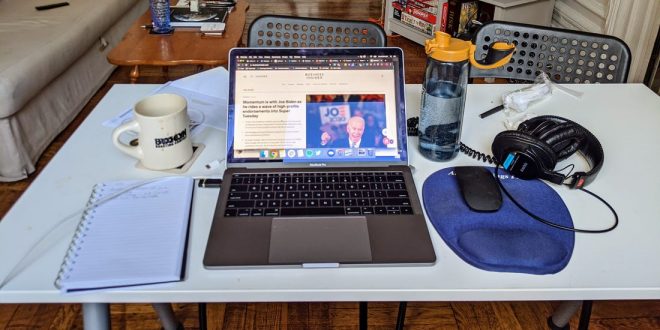 Almost 60 percent of Americans think COVID-19 has changed the way we work for the better, according to WalletHub’s nationally representative Coronavirus and Working from Home Survey, released today.

WalletHub’s survey examined Americans’ thoughts about working from home during the coronavirus pandemic and a potential return to an office, including how being at home has affected productivity and what people miss most about the office. Below are highlights of the survey, along with a WalletHub Q&A.

Are Americans sympathetic to those who would rather work from home than go back to the workplace?

Do parents with young children at home find working from home distracting?

“More than 50 percent of parents with young children at home say they are not more productive when working from home,” said Jill Gonzalez, WalletHub analyst. “While children can divert parents’ attention from work, some people may find the home itself to be more of a detriment to productivity than other people are, since it is unmonitored and offers access to TV, a kitchen and other distractions.”

Do Americans predict a future where working from home is the norm?

“Around a third of Americans think physical offices are a thing of the past,” said Jill Gonzalez, WalletHub analyst. “While we are very likely to see an expansion of work-from-home infrastructure in the future, let’s not get ahead of ourselves. Even some office jobs cannot be done from home easily or securely. We’ll need to see a lot more technological advancement before working from home becomes an option for everyone.”

Is people’s opinion on how COVID-19 has shaped the way we work positive or negative?

“Six in 10 Americans think that COVID-19 has changed the way we work for the better,” said Jill Gonzalez, WalletHub analyst. “Although the pandemic has been devastating to American lives and the economy, it did show that more jobs are capable of being performed from home than we initially thought or would admit. A larger work-from-home infrastructure could have positive effects on public health, traffic and family life in the future.”

I play on the radio from 7 am -1 pm weekdays on 98.9 FM WYRZ and WYRZ.org. Follow me on twitter @WYRZBrianScott or e-mail me at brian@wyrz.org.
Previous Brownsburg resident reappointed as ISU Board Trustee as Gov. Holcomb Makes Appointments to University Governing Boards
Next Traffic Stop in Construction Zone Leads to DUI and Drug Charges