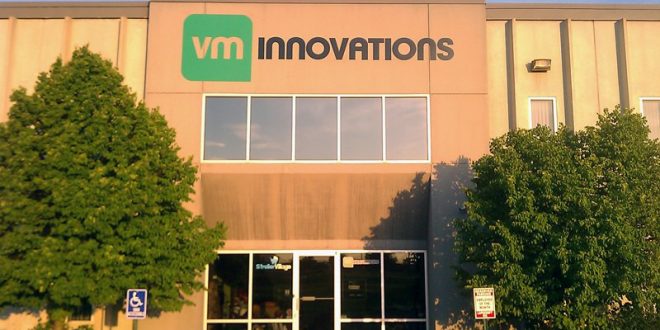 PLAINFIELD, Ind. (Sept. 13, 2016) – VMInnovations, an e-commerce company, announced plans today to locate a new distribution center in Indiana, which will be the company’s fourth center nationally. As part of its growth, the company plans to add 75 new jobs by 2021.

“In Indiana, job creation continues to be job one, and we have more Hoosiers working now than ever before in our state’s 200-year history,” said Governor Mike Pence. “As the Crossroads of America, Indiana is a logistical hub and an ideal location for job creators like VMInnovations that ship products to customers around the world. The state’s low-cost, low-tax business environment and our continued investments in infrastructure bolster the advantage of Indiana’s central location, making Indiana a state that works.”

The Lincoln, Nebraska-based company will invest $4.75 million to lease, renovate and equip a 160,000-square-foot fulfillment center at 2812 Airwest Blvd. in Plainfield. Renovations have concluded and order fulfillment began at the facility in July. As part of the build out, VMInnovations installed an internal software service, which will allow the company to ship home and garden, electronic, outdoor, sporting, baby and spa products across the United States. Last year, VMInnovations earned $138 million in revenue, growing sixfold from $23 million in 2010. From 2009 to 2012, the company averaged 75 percent growth each year.

“Indiana’s central location made it an ideal place for a fulfillment center,” said Paul Prakapchuk, operations manager of VMInnovations. “Known as the Crossroads of America, the Hoosier state allows us to reach a significant amount of our customers in just one or two days, which is critical for operating an effective business.”

VMInnovations currently employs more than 160 associates across the country, with existing fulfillment centers in Nebraska, Pennsylvania and Nevada. The company is currently hiring for fulfillment team members, with positions expected to pay salaries above the Hendricks County average. Interested applicants may apply online at www.spreetail.com.

Founded in 2006, VMInnovations sells a wide range of consumer goods through its e-commerce website as well as different marketplaces and delivers orders across the nation in an average of 2.5 days. With a 99.8 percent positive feedback rating from its customers, the company works with suppliers to provide the lowest prices for brand name products.

The Indiana Economic Development Corporation offered VMInnovations Inc. up to $400,000 in conditional tax credits based on the company’s job creation plans. These tax credits are performance-based, meaning until Hoosiers are hired, the company is not eligible to claim incentives. The town of Plainfield approved additional incentives at the request of the Hendricks County Economic Development Partnership and will consider incentives for future expansions.

“The town of Plainfield is pleased to welcome VMInnovations to the Plainfield logistics industry family.” said Robin Brandgard, president of the Plainfield Town Council. “Their decision to locate here is another example of Plainfield’s strong reputation for being one of the premiere sites for industrial and distribution centers. We currently have more than 35 million square feet under roof with more planned to come into the market in the near future.”

Known as the Crossroads of America, Indiana supports more than 5,700 transportation and logistics companies like VMInnovations. Indiana is home to the nation’s second-largest Fed-Ex hub, eighth-largest cargo air facility, 41 freight railroads, three international ports and is the national leader in pass-through interstates. With 82 million people living within a 500 mile radius of the state’s border, Indiana’s highway network is accessible to 80 percent of the population of both the U.S. and Canada within 24 hours.

I play on the radio from 7 am -1 pm weekdays on 98.9 FM WYRZ and WYRZ.org. Follow me on twitter @WYRZBrianScott or e-mail me at brian@wyrz.org.
Previous Coats Delivers 50th Waste of the Week Speech, Highlights Fraudulent Medicaid Payments
Next Indiana Woman-Owned Technology Company Adding Hundreds of Hoosier Jobs