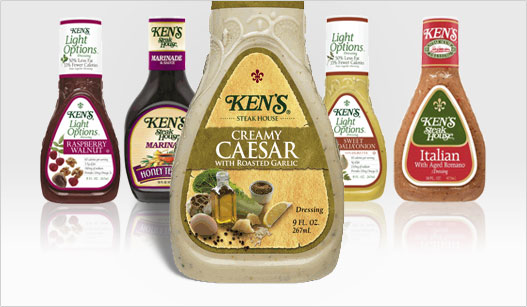 Lebanon – Ken’s Foods, a national producer and distributor of dressings, sauces and marinades, announced plans today to establish operations in Indiana, investing $90.5 million and creating up to 150 new jobs by the end of 2018.

“Indiana businesses have created nearly 150,000 new jobs since 2013, and companies like Ken’s Foods continue to pick the Hoosier state for growth,” said Governor Mike Pence. “In Indiana, we have created a low-cost, low-tax business climate that is attracting job creators from across the country and around the world. The Hoosier state is the ideal location for manufacturing and logistics firms because of Indiana’s central location, infrastructure investments and hardworking Hoosier workforce, which together create a recipe for growth and job creation.”

Ken’s Foods, which is one of the largest manufacturers of salad dressings in the United States, will construct a 320,000-square-foot facility on Edwards Drive in Lebanon. The new manufacturing and distribution facility, which will be the company’s first in the Midwest, will improve distribution logistics and support the growth of Ken’s Foods product sales for both retail and food service. The 40-acre plot of land offers rail service and will provide the space needed for the company to potentially double its footprint in the future. The company currently operates three manufacturing facilities across the country, together producing more than 2,000 varieties of dressings and sauces under the Ken’s Steak House brand. The company also produces numerous private and chain label products for its food service and retail customers.

Ken’s Foods, which will break ground on the new facility in late fall, expects to be operational by the end of 2017. At full capacity, its Boone County operation is expected to produce between 150-200 million pounds of dressings, sauces and marinades each year for customers across Indiana, Illinois, Kentucky, Michigan and Ohio.

“While undergoing our site selection diligence, we found that Indiana has a very strong manufacturing base with a unique combination of advanced manufacturing as well as educated, knowledgeable workers,” said Bob Merchant, chief operating officer of Ken’s Foods. “Manufacturing now makes up over 30 percent of the state’s economic output, compared to 12 percent overall of U.S. GDP. Indiana has undergone major regulatory and tax structure changes over the last 10 years that has allowed it to maintain and grow its strong manufacturing base. This has really given the state significant competitive advantages over other surrounding states.”

Headquartered in Marlborough, Massachusetts, Ken’s Foods was established in 1958 and remains a privately-held, family-owned business. The company also operates manufacturing facilities in Georgia and Nevada and employs more than 1,000 associates across the country. Ken’s Foods plans to begin hiring for all types of manufacturing and warehouse positions starting in the summer of 2017, and new jobs are expected to offer average salaries nearly 30 percent higher than the Boone County average wage.

As an agribusiness, Ken’s Foods joins Indiana’s growing agriculture industry, which supports more than 107,000 Hoosier jobs and contributes an estimated $31 billion to the state’s economy each year. Indiana ranks second in the country for popcorn production, tomatoes for processing and ice cream production.

“Agriculture and agribusiness have deep roots in Indiana, and today’s announcement affirms that this industry will continue to help drive Indiana’s economy forward,” said Lt. Governor Eric Holcomb, who also serves as Indiana Secretary of Agriculture and Rural Development. “Already this year, companies like DowDuPont, Blue Buffalo, Walmart, Krone North America and Pike Lumber have announced plans to locate or grow agribusiness operations in Indiana and create even more quality Hoosier jobs. We are excited to welcome Ken’s Foods to the state and look forward to being a key partner in the company’s growth and success here in Indiana.”

The Indiana Economic Development Corporation offered Ken’s Foods up to $1,400,000 in conditional tax credits and up to $100,000 in training grants based on the company’s job creation plans. These incentives are performance-based, meaning until Hoosiers are hired, the company is not eligible to claim incentives. The city of Lebanon approved additional incentives at the request of the Boone County Economic Development Corporation.

I play on the radio from 7 am -1 pm weekdays on 98.9 FM WYRZ and WYRZ.org. Follow me on twitter @WYRZBrianScott or e-mail me at brian@wyrz.org.
Previous Lt. Governor Holcomb Awards $47 Million in Road and Bridge Funds to 102 Central Indiana Communities
Next Japanese Automotive Manufacturer Growing in Indiana, Creating 100 New Jobs