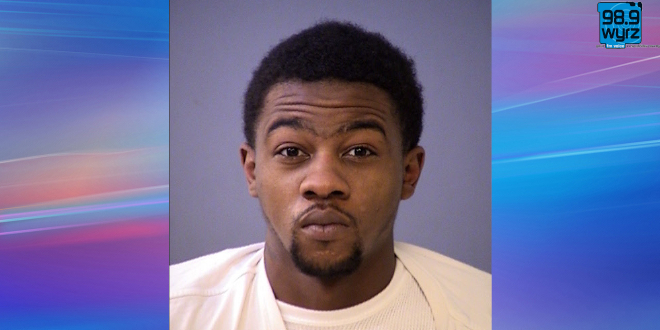 On Friday, December 18, 2020, just after 7:00 p.m., Indianapolis Metropolitan Police Department (IMPD) officers were dispatched to a report of a person shot in the 5200 block of E. 38th Street. Upon arrival, officers located an adult male with injuries consistent with a gunshot wound.  Indianapolis Emergency Medical Services arrived and transported the male to I.U. Health Methodist Hospital in critical condition. Despite the best life-saving techniques, he was pronounced deceased shortly after his arrival.

Homicide detectives responded and began their investigation. The Indianapolis-Marion County Forensic Services Agency responded to assist in identifying and collecting potential forensic evidence. The Marion County Coroner’s Office (MCCO) will be assisting and will determine the exact manner and cause of death.

Homicide detectives continued their investigation and were able to identify the alleged suspect. On December 29, 2020, Homicide Detectives announced the arrest of 33-year-old Brandan Gray for his alleged involvement in the death of Keon Dunlap.  Brandan Gray was arrested and charged with Murder. The Marion County Prosecutors Office (MCPO) will review the case and determine a final charging decision.

Anyone with information about this incident should call the IMPD Homicide Office at 317.327.3475 or Crime Stoppers of Central Indiana at 317.262.8477 or (TIPS).  Citizens can also download the mobile P3tips app for Apple or Android phones to submit a mobile tip, or go to www.CrimeTips.org to submit a web tip. You will remain anonymous and may be eligible for a cash reward of up to $1000 if the information leads to a felony arrest.  Only tips submitted directly and anonymously to Crime Stoppers are eligible for these cash rewards. This release may be updated as more information becomes available. Information given via Crime Stoppers should be considered anonymous.

I play on the radio from 7 am -1 pm weekdays on 98.9 FM WYRZ and WYRZ.org. Follow me on twitter @WYRZBrianScott or e-mail me at brian@wyrz.org.
Previous DOR’s Indiana Tax Dollars at Work Campaign Enters Second Year
Next State Police Investigating Theft of Handgun from ISP Vehicle in Indianapolis