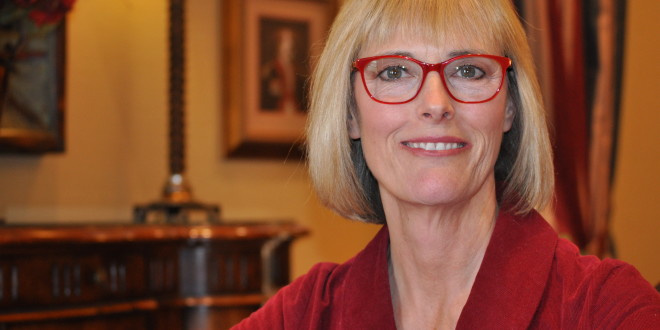 INDIANAPOLIS- Since taking office on January 9th, Lt. Governor Suzanne Crouch has made several appointments to her executive team. As Indiana’s 52nd Lt. Governor, Crouch oversees a portfolio that includes the Indiana State Department of Agriculture (ISDA), Indiana Housing and Community Development Authority (IHCDA), Office of Defense Development (IODD), Office of Community and Rural Affairs (OCRA), and the Office of Tourism Development (IOTD). In addition, she also serves as chairman of the Indiana Counter Terrorism and Security Council and President of the Indiana Senate.

“In the two weeks since taking on the awesome responsibility of this office, I have been focused on seizing every opportunity to take the work of our office and those of our Family of Businesses to the Next Level,” said Lt. Governor Crouch. “Our team will work hand in hand with counterparts on Governor Holcomb’s staff and with partners across the state both in, and outside, the government to ensure our office is accessible, efficient and effective in achieving real results for the people of Indiana.”

Assisting with the day to day operations and strategic planning of the Office of the Lt. Governor are:

As Chief of Staff, Tracy is responsible for assisting the Lt. Governor with the management and leadership of the executive office, the business office, and five state agencies that make up the Family of Business.

Tracy brings significant business leadership and information technology experience to his role, having previously served as Deputy Auditor and IT Director for the Indiana Auditor of State. Additionally, he was president and chief executive officer for ENTAP, Inc. which designed and delivered effective information technology solutions to organizations in various industries across the globe.

As Deputy Chief of Staff, Mark oversees the staff who directs policy, communications, finance, operations, management, and intergovernmental relations for the Lt. Governor’s office and Family of Business agencies. Additionally, he serves as general counsel to four of those agencies.

Mark previously served as the Deputy Executive Director, General Counsel and Chief of Staff at the Indiana Housing and Community Development Authority where he oversaw the agency’s legal, human resources, communications, research, and policy work. During his tenure, he championed initiatives focusing on agency culture and staff development, and worked to advance outcome-focused strategic priorities.

As the Policy and Legislative Director, Ryan oversees the policy and legislative initiatives of the Lt. Governor’s Office and the Family of Business agencies. He tracks and supports policy and legislation that benefits rural community development, ensuring that all of Indiana’s small towns have the opportunity to flourish alongside larger, regional economic zones. With the help of the Lt. Governor’s agency directors, Ryan also oversees policy and legislation related to Indiana’s agriculture, defense and tourism industries, housing issues, and community economic development initiatives.

Ryan previously served as the Policy Director for Lt. Governors Eric Holcomb and Sue Ellspermann.  Ryan earlier worked as the Association Manager for the Indiana Cable Telecommunications Association where he oversaw association operations and assisted with government affairs activities. He also worked in the Indiana House of Representatives as a Senior Legislative Assistant for four State Representatives.

As the Director of Communications Strategy, Marie is responsible for the creation of strategic messaging, branding, and implementation tactics for the executive office and Family of Business agencies.

Prior to serving the Lt. Governor, Marie was CEO of Keystone Message Integration, LLC, a provider of digital communication, marketing and training programs specializing in the agricultural and environmental sciences sectors. As Marketing Communications Director for The GSI Group, Inc., and later at Precision Laboratories, LLC, Marie oversaw and implemented marketing, public relations, communications, advertising, and media relations initiatives across all domestic and global business units.

As the Director of Intergovernmental Affairs, Maureen serves as the Lt. Governor’s primary contact with local elected officials, and with faith-based and civic leaders. She also assists in constituent relations, with communities and citizens throughout Indiana.

Maureen previously served as Statehouse Bureau Chief for the 13 CNHI newspapers in Indiana, with a chief focus on reporting on how decisions made in the Statehouse impact local communities. Prior to her work in the Statehouse, Maureen served as Managing Editor for the Tucker Publishing Group’s city and regional magazines, and as a beat reporter for the Evansville (Ind.) Courier. Additionally, she served as Team Lead for the Indiana Government Partnership Program, working with local governments to raise their community’s response
rate to the 2010 U.S. Census.

Jim works diligently with the Indiana Department of Veterans Affairs to help our former service men and women have access to the resources they need, whether that be medical, educational or work-related. In 2013, Jim created and oversees the State of Indiana Veteran Opportunity Program which allows Employers, Educators, and Service providers to partner with the state and be displayed on the Indiana Department of Veterans Affairs website. These resources are then readily available to Veterans and their family members, other state agencies and 501c3s.

As a member of the Lt. Governor’s Executive team, Ethan oversees the logistical details of her schedule. He is responsible for facilitating requests for speaking engagements, celebrations, ribbon cuttings, and other events taking place throughout Indiana where the Lt. Governor or members of her team are invited to attend.

Ethan previously worked for the Auditor for the State of Indiana where he served in multiple roles including Payroll Specialist, Executive Assistant, and finally as the Communications and Legislative Director where he oversaw media strategy and messaging through social media, tracked legislation, and acted as a liaison between state and local offices and the public to resolve issues. Other positions within the public service sector include Customer Service Representative for the Indiana Professional Licensing Agency, Outreach Coordinator for the Indiana Education Savings Authority, and District Assistant for the Congressional Office of U.S. Representative Todd Rokita.

In the integral role of Special Assistant to the Lt. Governor, John is her right hand man, accompanying the Lt. Governor on official business and serving as a direct point of contact for logistical details and information between the office and host organizations, constituents, and partners.

John most recently worked for the Indy Eleven Professional Soccer team as Equipment Manager. Duties included assisting the public relations department with the coordination of various projects and appearances and was primarily responsible for the inventory and daily maintenance of apparel for staff and players.

In December 2016, ahead of taking office, now Governor Holcomb and Lt. Governor Crouch reappointed the Family of Business agency heads.