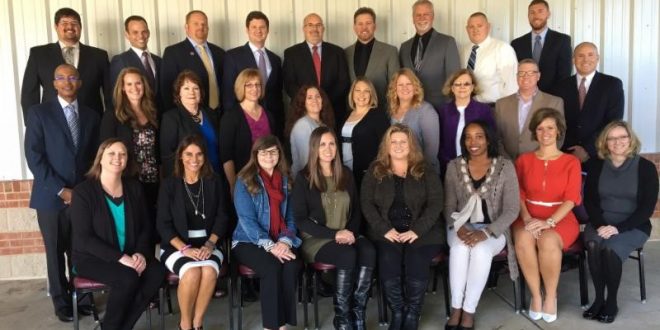 Leadership Hendricks County recently celebrated the completion of another class of LHC. The 2016 class of 29 met each month for a full year to learn more about Hendricks County, develop leadership skills and become engaged in the community. In November, they convened for a closing retreat and presented their Team Capstone projects which included the history of Hendricks County, youth mentoring, blue zones, heroin awareness videos, “Get Out To Vote” videos and Play’nfield performing arts festival marketing.

Applications to be considered for the 2017 Class are due December 1 and can be found at www.LeadershipHendricksCounty.org.

Since 1993, Leadership Hendricks County has given citizens the background and inside information they need to take on effective leadership roles in the Hendricks County community. Each graduating class within the program has completed a Team Capstone project to address a current community need. Leadership Hendricks County, Inc. is a not-for-profit organization whose mission is to seek, prepare, involve and sustain leaders from diverse backgrounds to address community and countywide changes. For information, call 317-718-6178 or visit www.LeadershipHendricksCounty.org.
The Hendricks County Community Foundation partners with LHC to provide the resources needed to equip class members to become active leaders in their community.

“That’s really at the core of what our mission is at HCCF: partnering with generous people to realize their charitable goals while addressing community needs in meaningful and lasting ways. said William Rhodehamel, HCCF Executive Director.

I play on the radio from 7 am -1 pm weekdays on 98.9 FM WYRZ and WYRZ.org. Follow me on twitter @WYRZBrianScott or e-mail me at brian@wyrz.org.
Previous Sheltering Wings takes flight with help from CRG Dining
Next Community Foundation Awards Grant to Hendricks County Senior Services for Cyber Seniors Program