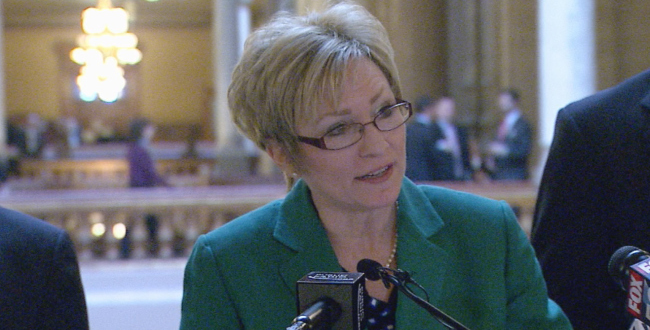 “I’m taken aback by the suddenness of the Lieutenant Governor’s unexpected exit,

“In her time at the helm of the Senate she’s been a steady hand, exhibiting an unwavering commitment to improving the lives of Hoosiers across the state,

“That commitment is why I find her announcement and the process by which she will be replaced so unsettling,

“This is unprecedented. I cannot recall such an abrupt change in leadership at this level without a preceding emergency,

“The governor has expressed a willingness to work with legislative leadership on the transition. I believe it’s appropriate that we thoroughly vet the governor’s appointment,

“The Senate is losing a proven legislator and leader, an advocate for doing it the right way and a fierce proponent of compromise and bipartisanship,

“Women are losing their chief ally in state government. Today, Lieutenant Governor Ellspermann serves shoulder to shoulder with the governor, the highest elected office at the Statehouse. She occupies a bully pulpit for women and working families like no other in the state,

“A diversity of opinions expands perspectives and inherently leads to better decisions,

“I wish the very best to Mr. Holcomb in his appointment. Lieutenant Governor Ellspermann has served our state with distinction and there’s no doubt hers will be a tough act to follow.”

I play on the radio from 7 am -1 pm weekdays on 98.9 FM WYRZ and WYRZ.org. Follow me on twitter @WYRZBrianScott or e-mail me at brian@wyrz.org.
Previous Free Sharps Disposal Now Available in Hendricks County
Next Coats: President’s Budget Cements Legacy of Spending, Taxing, Borrowing