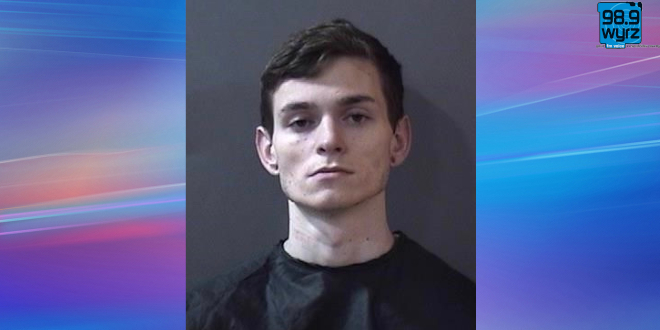 Noblesville, IN –  A Kentucky man was arrested by the Indiana State Police last night after a traffic stop led to the discovery of a stolen gun and several drugs.

Friday night, 24 year old Zachary Peters of Crestwood Kentucky was allegedly driving 96 miles per hour in a 70 miles per hour zone on I-69 near the Hamilton and Madison County Line. Trooper Josh Thayer made the stop just after 10:30 p.m.. During Thayer’s interaction with Peters, marijuana, cocaine, and controlled substance (pills), a stolen gun and drug paraphernalia was located in the vehicle.

Peters was arrested and transported to the Hamilton County Jail, he now faces the preliminary charges of:

All charges listed above are merely accusations and probably cause for arrest and any crime mentioned in this release is alleged. Actual charges and/or additional charges will be determined by the Hamilton County Prosecutor’s Office.

I play on the radio from 7 am -1 pm weekdays on 98.9 FM WYRZ and WYRZ.org. Follow me on twitter @WYRZBrianScott or e-mail me at brian@wyrz.org.
Previous Fatal ORV accident in Monroe County
Next **UPDATE** – IMPD Missing Person Detectives seeking help from the community