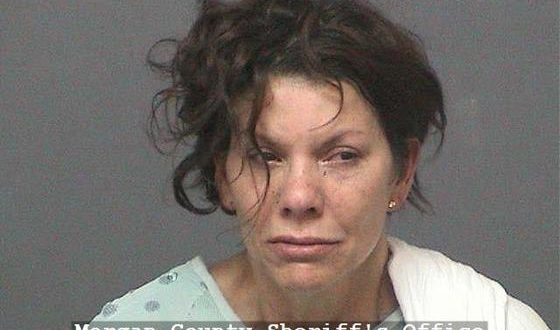 Detectives learned that Jacquelyn Downey, 51 of Indianapolis allegedly made entry into a residence on Sichting Road through a window, while in possession of a firearm. When the homeowner confronted Downey, a struggle ensued, resulting in the homeowner overtaking Downey and holding her until law enforcement arrived.

I play on the radio from 7 am -1 pm weekdays on 98.9 FM WYRZ and WYRZ.org. Follow me on twitter @WYRZBrianScott or e-mail me at brian@wyrz.org.
Previous IMPD Officers Make Outstanding Robbery Arrests Within Minutes of the Robberies
Next Donnelly Secures Provisions Supporting Indiana’s Role in the National Defense